Mobile phones, WiFi and Bluetooth produce a low-level microwave background in most buildings. Since mobile phones became widespread, there have been concerns that they might cause health problems, with particular emphasis on cancer. Two decades of research has found no evidence that low power microwaves have any effect on health, making microwave communications devices one of the most intensely scrutinised innovations to be introduced into the home or the workplace. 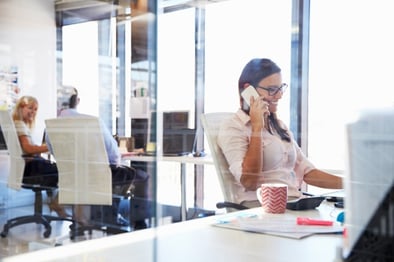 Keeping ‘on track’ with electromagnetic microwaves and trains

This post follows on from our last article, in which we discussed the recommended safe limits for microwave exposure: 10W/m2 according to ICNIRP or 20W/m2 according to IEEE. To make practical sense of those numbers, we need to know how they compare to the exposure we actually get on a normal day.

Mobile phones and 4G WiFi use slightly longer wavelengths than Bluetooth and 2.4G WiFi, but they're very close together on the microwave part of the electromagnetic spectrum and the ICNIRP and IEEE guidelines encompass both.

Emma Chiaramello and her colleagues at the Italian National Research Council compiled the many studies on the subject and found that the place where our devices throw the most electromagnetic waves at us is on a train.

That's partly because public transport packs us more closely than anywhere else we tend to find ourselves on a normal day and where there are people, there are phones. It's also because trains make phones work particularly hard. A phone needs to signal a base station to connect to its network. If it doesn't get a reply, it sends a more powerful signal. Even a relatively slow train like the London Underground usually moves at well over 65kph (40mph), which is fast enough to move from one base station's territory to another every few minutes.

The phones on board are having to constantly connect and reconnect and they're having to do it at high power because the metal carriage partially blocks the signal. When the train is in a tunnel, the phones are cut off from their networks so they'll keep looking for a base station by signalling at high power until the train emerges into the open air.

A London tube carriage may be packed full of people silently avoiding eye contact with each other, but it's also full of phones screaming for attention.

Yet all that screaming adds up to no more than 3.5% of the ICNIRP's 10W/m2 safe limit, or 1.75% of the IEEE's 20W/m2. If someone gets off that train to find the Mars bar they were looking forward to has melted, they can blame the infrared given off by all those people rather than the screaming phones.

Why are electromagnetic microwaves and cancer linked?

So why, if phone signals are too weak to worry about, has the International Association for Research on Cancer (IARC) classified them as 'possibly carcinogenic'?

It's because the IARC classes anything that has been looked at and hasn't been definitively shown not to cause cancer on its Group 2B 'possibly carcinogenic' list, and the burden of proof appears to be placed on the side of something needing to be shown as definitively not carcinogenic. Microwaves were added after a single study among the many that have sought and not found an association between microwaves and cancer. In that single study, the association was so tentative that the researchers themselves dismissed it, but it seems that's all it takes to get on to Group 2B.

Several studies had looked for a link between brain tumours and phone use but Suvi Larjavaara and colleagues at Tampere University in Finland took a novel approach. They reasoned that if microwaves could cause brain tumours, then which ear someone holds their phone to should affect where in the brain the tumour was most likely to occur. Left-handed people should have more tumours on the left-hand side of their brain and right-handed people vice versa.

They found 873 people with a type of brain tumour called glioma and asked them how they used their phones. They analysed the data several ways round, and not one of their analyses showed that how much someone used their phone or which ear they held it too had anything to do with the gliomas:

Our results do not support the hypothesis of gliomas among mobile phone users being preferentially located in the parts of the brain with the highest radio-frequency exposure.

There was only one analysis that showed a slight tendency toward the side of the head where they usually held their phone. The tendency was so slight that it fell short of the statistical significance that would be required to call it an association.

Electromagnetic microwaves and the skin

It's worth taking a moment to think about why, of all the studies that have looked for associations between microwaves and cancer, the one that got IARC's attention was about brain tumours. To cause a brain tumour, a microwave would have to work its way through the skin and the skull before it could interfere with the cells in the brain.

We're all familiar with what electromagnetic waves in the ultra-violet part of the spectrum do to our skin if we show too much of it to the sun: sunburn in the short term and skin cancer in the long term. The cancer is of the skin simply because the skin is where they hit us. There's no reason to expect a microwave to ignore the skin on its way to the brain so if the aim is to look at where microwaves devices might cause cancer, the skin is the logical place to start.

Following that logic, we need to cross the Baltic from Finland to Denmark, where Aslak Harbo Poulsen of the Danish Cancer Society Research Center compared phone subscriptions and cancer diagnoses in Denmark. They were able to get hold of a huge amount of data that followed over 350,000 people for 13 years, none of which showed any association between phone use and skin cancer. In fact, they found that people using phones were slightly less likely to get one type of skin cancer than people who didn't, although it wasn't a finding they made much of in their paper's ‘discussion’ section.

No doubt it raised more than one eyebrow when they were discussing it, but they must have concluded that it's more likely to be another statistical anomaly than evidence that phones protect against skin cancer.

While cancer is at the top of the list of feared illnesses for most of us, some people insist that microwave devices simply make them feel under the weather. They complain of nausea, fatigue and burning sensations, and some find it's bad enough that they quit their jobs or even refuse to leave their homes. Although it’s only a small proportion of individuals, the World Health Organization (WHO) recognises the condition that it called ‘electromagnetic hypersensitivity’.
It's a mystifying condition. How is it possible that microwaves that most of us don't notice can be affecting a few people so severely?

James Rubin of Kings College London is one of a number of researchers who made it their business to find out. He led a number of experimental studies himself and reviewed the results of his own and others' research in a review of 46 published experiments. Most of the experiments involved placing someone who suffered from electromagnetic hypersensitivity in a room with a microwave device and asking them how they felt. The results were fairly consistent across all the studies that used that approach: the people with hypersensitivity did say the device was making them feel ill at times, but those times had no bearing on whether or not it was switched on. They could comfortably sit next to the microwave device as long as they thought it was switched off but as soon as they were told it was switched on, they reported feeling ill — even if it wasn't.

These findings led Rubin to conclude that electromagnetic hypersensitivity is an example of the mysterious nocebo effect. The evil twin of the better-known placebo effect, the nocebo effect is the tendency of some people to feel ill when they expect something to make them ill even if it's completely inert. It usually comes up in drug trials when volunteers who have taken a dummy pill start feeling the side effects they expected to feel from the drug. The phenomenon of electromagnetic hypersensitivity appears to be a similar case of the power of suggestion being strong enough to make itself real.

Rubin's work proves, if nothing else, that a lot of us have expectations about how electromagnetic waves should make us feel, so perhaps it's not surprising that some entrepreneurs use microwave devices to monetise the placebo effect. (Not that they call it that.) 'Millimetre-wave therapy apparatus' sounds like a much more marketable name for a contraption we're not going to link to here.

It's also where the marketing falls over for the first of many times in its sales pitch: a wavelength of one millimetre would be at the low-energy end of infrared, but their technical data say that the device outputs at a microwave part of the spectrum where the wavelengths are closer to a centimetre.

There’s actually some evidence that electromagnetic waves at a frequency of around 1mm can relieve pain, although it’s less than conclusive. It certainly wouldn't be strong enough to justify a claim that a device can treat anything from diabetes to soft tissue infection for a price tag of a mere $700, even if its output wasn't at a hundred times the wavelength claimed in the name.

More disturbingly, the advertised output power is up to 9W/m2, which sounds closer to the ICNIRP's 10W/m2 safe limit than a device with no proven benefits has any right to be. That's assuming the real thing outputs anything at all and doesn't simply flash enough lights to qualify as a placebo, which we haven't spent the asking price of $700 to check. We recommend that you steer well clear of such things as well.

There are people who genuinely believe that microwave communication makes them ill and there are more disingenuous people who sell microwave devices that they claim can heal us. Two decades of research has found no evidence that they can do either at the low intensities our phones use, or the even smaller intensities used by WiFi and Bluetooth devices. The microwaves we encounter at home, at work, on a crowded train or in a smart building running on a Bluetooth protocol won't affect us at all.

If you'd like to know more about Bluetooth in smart homes and how Atamate uses it, please ask us on this form or contact us for more information.