How much will a smart meter reduce my home energy bill ?

What are the pros and cons? 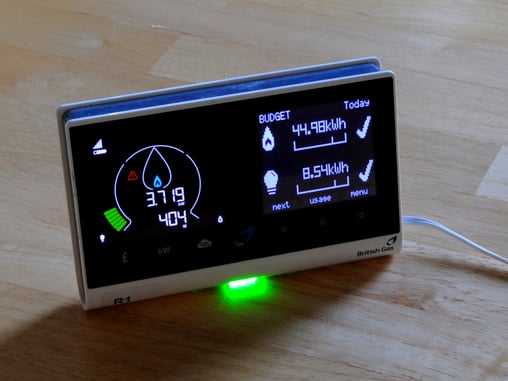 The UK government's plan to roll out smart meters has been called a 'cock up and a catastrophe' by Martin Lewis, the founder of MoneySavingExpert.com. You might expect the government to refute such a harsh criticism of its policy, but in fact it's quoted in the government's own report on the rollout program which states its position in its title: Not So Smart. That's where the £11 figure comes from.

That may surprise you if you've just seen one of those television adverts by Smart Energy GB, who call themselves 'the voice of the smart meter rollout', saying a smart meter can save enough to power a sewing machine for 195 days or a mobility scooter for 1,112 miles. It sounds impressive when it's put that way but those figures came

from the Department for Business, Energy & Industrial Strategy's 2014 prediction [PDF] of a mere 2% saving. That would save £26 from Mr and Mrs Average's £1,300 annual bill: the cost of seven days of electricity. Those advert 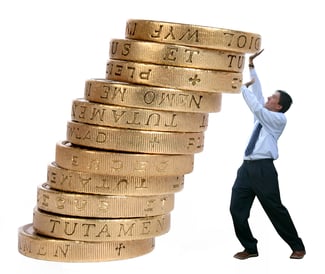 s say more about how little power sewing machines and mobility scooters use than about how much electricity a smart meter will save.

By 2016, the department had decided a whole week's worth of savings was wildly optimistic and revised their prediction [PDF] to the 3½ days quoted in Not So Smart.

The idea behind the smart meter rollout was sound, if rather more modest than Smart Meter GB's adverts imply. If only we could all see how much gas and electricity we were using, the reasoning went, we'd all be motivated to use less. We'd run around the house switching off the lights that have been left on, we'd run our washing machines in the night when electricity is cheaper and we'd be able to tell at a glance if switching to a different supplier might offer us a better rate. Better for us because we'd be spending less money, better for our grandchildren because by using less electricity, we pump less carbon dioxide into the atmosphere and contribute less to global warming.

And here we run into the first problem with the plan which is that the 'smart' in 'smart meter' was to come not from the meter, but from us. A truly smart meter would be connected to a control system smart enough to make those changes for us rather than depending on us to react to it.

We could get more than those three and a half days of free power if we really try to change our behaviour, but there's only so much most of us can change. A study led by Tom Hargreaves of the University of East Anglia described the problem in 2010. Hargreaves and his colleagues interviewed people who were trying out smart meters, which were still a novelty at the time. "There are some things you just can’t change," said one of the people they spoke to, "I have my fish-tank and the fish need a pump." 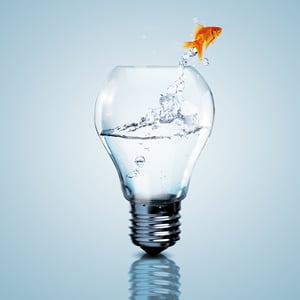 That person's fish show the limitation of what a smart meter can do for us. Even if we're on a time-of-use tariff, in which electricity is cheaper at night, most of us aren't going to stop boiling the kettle unless it's between midnight and seven in the morning. We Brits need our tea as much as those fish need their pump.

It's true that there are some things that we can do to shift our energy use to the times when it's cheaper. However, if we're on the sort of time-of-use tariff where running the washing machine in the middle of the night would save us money, we know that already and we don’t need our smart meter to tell us about it.

If you're interested in whether a time-of-use tariff would be right for you, we suggest consulting MoneySavingExpert - the same expert who called the smart meter rollout program a cock up.

SMETS1 and SMETS2 at home

If you have a meter installed already, it's probably what's known as a Smart Metering Equipment Technical Specifications version 1, mercifully shortened to SMETS1. It communicates with your energy supplier using the mobile phone network, updating them on your energy usage every half hour. The supplier uses the information to calculate your bill and sends it back to the meter, displaying your usage on the meter's screen.

If we change our supplier, a SMETS1 meter stops working properly. That's because it works like a phone, sending and receiving text messages from the supplier. If we

change supplier, it goes on trying to text the wrong number. According to the Not So Smart report, around 10% of the meters installed are now running in 'dumb' mode, by which they mean that they can't tell you your energy costs even though they can still be able to tell you the usage in kilowatt hours (kwh) and estimated carbon emissions.

Help is at hand in the form of the SMETS2 meters which use a single network controlled by Smart DCC Ltd, which can connect any meter to any supplier. SMETS2 was supposed to be available from November 2016 but actually appeared earlier this year. The suppliers went on handing out SMETS1 meters while they waited. The vast majority of the 13.5 million meters supplied to homes and businesses are SMETS1 meters. Not So Smart gave the date of 5th October 2018 as the deadline for the electricity suppliers to stop handing out SMETS1 and completely switch to SMETS2, though it appears that some suppliers are still handing out their SMETS1 meters.

The plan is to connect the SMETS1 meters already issued to Smart DCC's network in early 2019, so they'll be able to follow us from one supplier to the other and still show our energy usage in pounds and pence. As the smart meter rollout program has been a tale of missed deadlines, that plan is best filed under 'to be believed when seen'.

Meanwhile, the SMETS1 meters' inability to communicate with other suppliers doesn't stop us from switching suppliers if we want to. The meter might stop showing us how much money we're spending, but that's no reason not to grab a lower tariff if the opportunity presents itself.

Can a smart meter cost me money?

It can, and it probably has even if you haven't had one installed yet. Because the suppliers can't charge for installing the meter, they've passed on the cost of the rollout program to the customers through their bills. 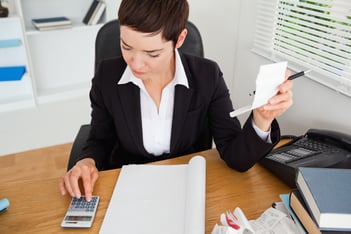 A more worrying problem has been that Citizens Advice have been contacted by many people whose supplier realised they had been underbilling them once they had installed a smart meter. Rather than accepting that they had been making an error in their billing, some suppliers have reacted by pursuing their customers to make up the difference. The government regulator, Ofgem, has stepped in to limit such back-billing to 12 months but that can still be a large enough bill to ruin your day.

There are more costs on the horizon because the government set a deadline for the complete rollout to be complete by the end of 2020. At the time of writing, it will take a minor miracle for that deadline to be met, so the suppliers face paying fines for missing it. In July 2018, the Not So Smart report estimated that 1.3 million meters would have to be rolled out every month which, at the time of writing, is three times faster than it is actually happening.

The government may accept reality and revise the deadline but if they don't, the suppliers' idea of accepting reality is likely to involve on the cost of the fines to us by raising the bills.

There have been some reports of suppliers getting somewhat over-enthusiastic in their efforts to speed up the rollout. Some people have complained that their suppliers using 'deemed appointments' in which they tell their customers when they will bring the smart meter without informing them that they are under no obligation to arrange their day around the energy supplier's convenience, or indeed to accept a smart meter at all if they don’t want one. If your supplier tries that on you, you're free to reply with a suggestion of your own as to where their smart meter belongs. Ofgem are clear that smart meters are not compulsory and it is your choice whether you accept one or not.

Similarly, you can tell them to install it at a time that suits you rather than them. If the supplier is behind schedule in their rollout, that's their problem, not yours.

Should I install a smart meter in my home?

For all the problems with the smart meter rollout program, I have a smart meter. 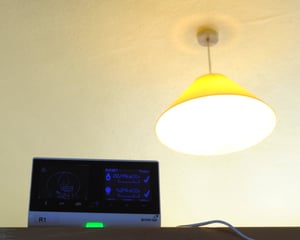 There's something to be said for keeping an eye on my energy consumption. The cost of the program will end up on my bills whether I have it or not and, as one of Tom Hargreaves's interviewees put it, 'oh, we just like flashing lights and fiddling with knobs and things, don’t we?'

The salient points are that if you do opt for one, make sure the supplier brings it at a time of your convenience, insist on a SMETS2 meter and don't let it put you off changing suppliers because having a smart meter is no substitute for having a lower tariff. If you suspect your supplier has been underbilling you, it might be wise to change suppliers before getting a smart meter.

If you don't want one, don't get one. You'll be fine without those flashing lights.

If you'd like to know more about smart meters, please give us a call, drop us an email (info@atamate.com) or fill in the form below.