Standards for space heaters are governed by several European Union standards that remain in place in Britain including Regulation 2015/1188, often called Lot 20, which sets minimum standards for energy efficiency and emissions that all heaters powered by electricity, gas or oil must meet.

The regulation known as Lot 20 [PDF] is formally Regulation 2015/1188. It is part of the EU's Ecodesign Directive 2009/125/EC that sets environmental standards for all energy-consuming products. Lot 20 is the part of the regulations that deals specifically with space heaters.

Is there an explanation in plain English?

Our experience has been that Lot 20 is not the easiest set of guidelines we have ever tried to follow!  This article is based on our process of interpreting what we, as a building services company, need to do to comply.

There is also a document covering the FAQs [PDF] for all regulations that fall under the Ecodesign Directive although we have found that the documentation leaves significant questions unanswered.

How is Lot 20 applied in Britain?

The EU Ecodesign Directive was written into UK law in 2015 and remains in force in Britain under the terms of the EU exit regulations. It is unlikely to be modified in the foreseeable future because Britain's free trade arrangement with the EU is only viable if Britain and the EU apply the same regulatory standards.

It is regulated by the Office for Product Safety and Standards (OPSS) which is part of the Department for Business, Energy & Industrial Strategy (DBEIS).

How is it certified?

The Lot 20 regulations are part of the requirement for the CE certification in the EU, which remains valid for items sold in England, Scotland and Wales until 1st January 2022, after which the UKCA certification is mandatory.

The CE mark will remain valid for heaters manufactured in Northern Ireland. 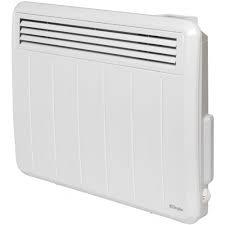 Lot20 covers all space heaters in which the controls are integral to the heater itself.

The commercial space heaters are subdivided into two categories:

What doesn't it cover?

The directive specifically excludes several types of heater that are described without examples. The list is reproduced here with any examples mentioned in the Guidelines or FAQ documents or from our direct communication with the OPSS.

The OPSS's position is that it is the manufacturer's responsibility to determine whether a given heater falls under any of these exemptions or not.

How does the slave heater exemption pertain to control systems like atBOS?

Slave heaters must be incapable of autonomous operation and completely dependent on a master controller. If a heater has an autonomous mode, it must comply with the Lot 20 regulations even if its autonomous mode is disabled when it is installed.

The term master controller is used repeatedly but not clearly defined. The OPSS's position is that it is up to the manufacturer or installer to determine. However, the guideline document does state that it does not include the on/off switch on a power connection, implying that any controller more complex than a power switch qualifies as long as it is not a part of the heater itself.

Building control systems like atBOS, which control heaters through a central hub (computer), meet the requirements for a master controller which exempts the heaters they control from the Lot 20 regulation as long as those heaters do not have an autonomous mode.

How is Lot 20 compliance assessed?

The OPSS is required to test a single unit of every model of heater to confirm compliance. If the heater meets the required benchmarks, it is issued with the UKCA certification.

As well as passing the technical requirements, information on the heater must be made available in the following formats:

The information required for each type of heater is listed in the following tables of the Lot 20 document:

What does Lot 20 assess?

The specific requirements vary according to the type of heater so the following sections will deal with each type separately.

What are the benchmarks on nitrogen oxide emissions?

The emissions for gas and oil-powered heaters are based on gross calorific value, moisture free (GCV), defined as follows:

"The total amount of heat released by a unit quantity of fuel dried of inherent moisture, when it is burned completely with oxygen, and when the products of combustion are returned to ambient temperature; this quantity includes the condensation heat of the water vapour formed by the combustion of any hydrogen contained in the fuel." Annex I (5)

The GCV is calculated at nominal heat output, defined as the maximum output that can be sustained over a prolonged period.

The maximum allowable nitrogen oxide emissions based on GCV at nominal heat output are:

What are the benchmarks on energy efficiency?

The score is expressed as %, which is misleading because it is not a percentage of a defined value.

The following is an overview of the calculations described in detail in the Lot 20 document.

Gas or oil-powered tube or luminous heaters are scored by starting with the baseline score for the type of heater and calculating the adjustment according to the following framework:

Electric space heaters with an output of no more than 50kW are considered domestic irrespective of whether they are installed in a domestic setting or not. Each type of heater has a pre-defined baseline score which is adjusted according to a correction factor calculated as follows:

Gas or oil-powered space heaters with an output of no more than 50kW are defined as 'domestic' irrespective of whether they are installed in a domestic setting or not. The baseline scores and benchmarks depend on whether the heater is open-fronted or closed-fronted and the correction factor is calculated as follows:

If you'd like to know more about Lot20 or to see our step-by-step guide to the calculations, ask us on the form below and we'll be happy to discuss it.