Recommendations for promoting workplace health and wellbeing often include monitoring the indoor environment using wearable sensors. Our view is that a fixed sensor network is a better option as it records more parameters, does not depend on who is wearing what sensor and is less intrusive.

A healthy workforce is a productive workforce

Earlier this year, the Chartered Institute of Building Service Engineers (CIBSE) published an update to their TM40 guidelines on health and wellbeing which we summarised in a previous article. They made several recommendations for promoting wellbeing in the workplace such as ensuring adequate air quality, good lighting and minimal levels of distracting noise.

As well as contributing to the wellbeing of its employees, an organisation that provides its workforce with a good environment to work in is likely to be more productive than one that doesn't. Employees who are not cognitively impaired by carbon dioxide buildups or distracted by irritating noise get more work done.

For organisations that provide health insurance plans, demonstrating a healthy working environment has the further advantage that it may lead to lower premiums.

A practical problem is that while an employer or facilities manager may set parameters for what is acceptable within the workplace, those parameters need to be more than targets. They need to be descriptions of what the people who work in a building actually experience and the only way to know 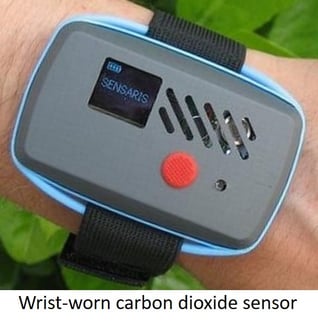 whether they are or not is to continuously measure the building's internal environment. In TM40, CIBSE suggests doing this by issuing staff with wearable environmental monitors:

Wearables can also contribute to organisations’ health and wellbeing strategies, complementing the measures in place within the building, spatial arrangement and working practices, informing post-occupancy evaluation, and helping to analyse what measures can encourage behaviour change for productivity, health and wellbeing. (TM40, p38)

At Atamate, our experience is that environmental monitoring is important not only in post-occupancy evaluation of new or newly refurbished buildings but is also valuable when planning refurbishments. If a refurbishment includes services like heating and ventilation, then monitoring can identify any shortcomings of the existing services so that upgraded services can be planned to address them.

However, our view is that a fixed sensor network is a less complicated way of collecting the same data. Environmental monitoring is a standard function of Atamate's building control system as it records the data it uses to control the building services. The key element is the Atamate sensor unit which continuously monitors temperature, ambient light, noise level and also air quality by measuring carbon dioxide, volatile organic compounds and humidity. All the data is stored uploaded to the cloud where it can be accessed through customised reports.

The sensors are powered through the lighting circuits and communicate with each other and the hub using the Bluetooth mesh wireless protocol so there is no need for extensive cabling.

The role we see for wearable monitors is in assessing hazards particular to certain types of workplace. For instance, some workplaces need to manage hazards like ionising radiation or volatile chemicals that generic sensor units do not monitor and in those cases, the precise measure of an individual's exposure may be best measured by a wearable sensor.

A report by the British Council for Offices (BCO) titled Wearables in the Workplace made a similar argument to that in TM40 for using wearables to monitor the workplace:

If wearables are shown to demonstrably improve health outcomes they could be accepted as a preventive measure that could reduce both healthcare costs and business costs – through reduced absenteeism and presenteeism. (Wearables in the Workplace p22)

The report goes on to discuss the potential of various wearables but when they are compared to the sensor network of an automated building, several disadvantages become apparent: 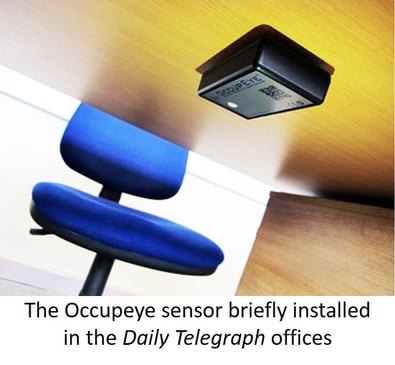 Fixed sensor networks do not completely eliminate the privacy issue, as illustrated by the debacle at the Daily Telegraph's offices when the staff came to work one morning to find sensors fitted under their desks. Understandably, they took a dim view of sensors perfectly placed to monitor their crotches. The sensors were removed after complaints directly to management and through the staff unions.

The Daily Telegraph experience highlights the need for consultation with employees before implementing any system of monitoring irrespective of whether it involves wearables or a fixed network.

Beneath a desk is a poor location for a sensor to monitor the environmental parameters of a room, albeit a good place to monitor whether an employee is at their desk. The Atamate approach is to place a single sensor on the ceiling of the room which cannot monitor individuals or their workspaces.

There are ways to individualise the monitoring if required, but they cannot be done without the knowledge of an organisation's employees and unlike with wearables, they collect data on all parts of a building without following employees every time they go to the coffee machine or to the toilet.

Building automation systems like Atamate allow the approach to data collection to be varied as the more personalised the environmental data collected, the less privacy the employees will have. The levels are:

The Atamate sensor detects whether a room is occupied using a combination of noise, carbon dioxide and passive infra-red. However, the sensor alone can only detect occupancy or non-occupancy. It cannot detect how many people are in a room or who they are.

Room occupancy is used to control building services and can be related to environmental data. For example, the temperature and air quality of an unoccupied room might fall outside acceptable parameters because the system isn't wasting energy on it, which any report on the indoor environment can disregard because no one has experienced that environment.

For a communal room like an open-plan office or a canteen, treating occupancy as binomial allows 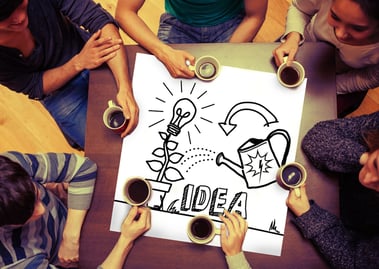 a high level of privacy. When many different people might use a room, it is impossible to extrapolate who is in it at any given time.

For single-user rooms like individual offices, the privacy is less complete as only one person is likely to be in them for most of the day.

Some workplaces use individualised entry or room booking systems that do record who is in the building or room controlled by that system. If the area that they are in is small enough that the indoor environment is reasonably constant across it, it is possible to track the environment that individual is exposed to by cross-referencing the entry and environmental data.

Because any personalised entry control system collects personalised data, an organisation may have procedures in place to govern who can access that data and for what reason. It would be necessary to review any such procedure before using it to collect individualised environmental data.

The next generation of Atamate systems will include the option of precisely locating individuals within a building, allowing the same level of personalisation of environmental data that can be achieved using wearables but with the broader range of parameters measured by the sensor unit.

It will be based on the Bluetooth Location Services incorporated into Bluetooth version 5.1 and above, which allows sensors to detect the direction of a signal from a Bluetooth tag or a phone app. If three different sensors are detecting the same signal, the hub trilaterates them to precisely locate the 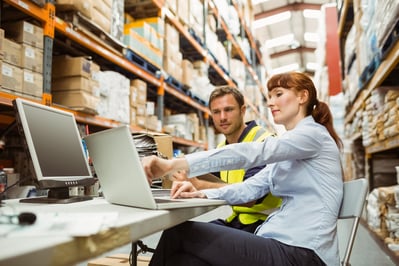 source. In practice, any beacon is likely to be within range of at least three different sensors at any given time so a source can nearly always be located.

Workplace monitoring in a pandemic

Location tracking can be used against the largest single environmental threat that any of us currently face: COVID-19. At the time of writing, the government's test, trace and isolate app has recently been made available to identify anyone who has been in close contact with someone who later turns out to be infected. Having been identified as a contact, that person can then quarantine themselves before they develop symptoms so they do not infect anyone else.

It is not clear how the new app will identify someone close enough to be a contact but it will probably either measure distance between phones using a Bluetooth signal or will use GPS. Neither of those approaches accounts for the layout of a building so they would identify a contact whose is less than two metres away from an infected person even if there is a wall between them that prevents any transmission of the virus.

Atamate's approach will integrate Bluetooth location tracking with the Atamate Planview and will identify genuine contacts to be identified to cap the spread of COVID-19 through a workplace but will do it with a level of precision that avoids people being instructed to quarantine unnecessarily. 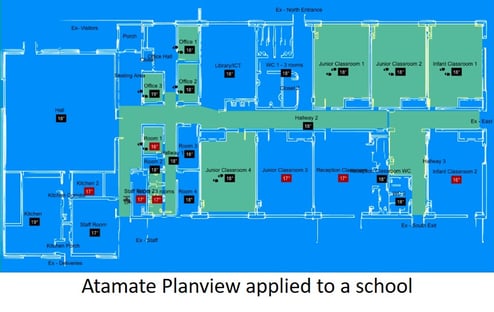 The precision of location tracking does come at the expense of privacy and depends on individuals keeping the tracking device on their person, which means that introducing the system into a workplace will need to be introduced with the consent of the employees.

An employer will need to involve employees in deciding how personalised their environmental monitoring will be to avoid a situation like the Daily Telegraph's. Once that decision is taken, a smart system like Atamate can monitor and report on the internal environment as easily as it can control the building services.

If you'd like to know more about how Atamate Building Intelligence can contribute to health and wellbeing or anything else, contact us using the form below and we'll be happy to get back to you.