CIBSE's TM59 overheating assessment part 1: what does it assess?

In 2017, the Chartered Institution of Building Services Engineers (CIBSE) published TM59: Design methodology for the assessment of overheating risk in homes, a methodology for assessing whether a home will be comfortable in hot weather. This post is an overview of TM59's content and its significance in property development. 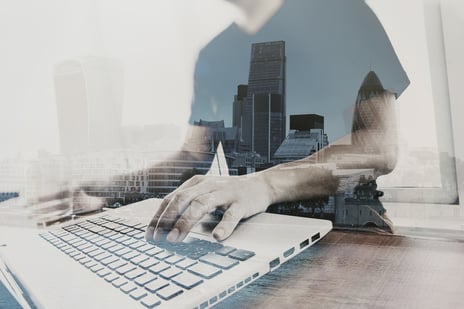 The full document is available for download [PDF]. It draws heavily from a previous CIBSE report titled TM52: The limits of thermal comfort: avoiding overheating in European buildings, which is available for purchase but not through open access.

What exactly CIBSE's TM59 a methodology for?

The TM59 methodology is based on modelling the temperature in the various rooms of a building based on its design. If the model shows that some of the rooms will get uncomfortably hot, the design can be altered before the construction begins.

The methodology is for buildings designed to be lived in rather than worked in or played in. It's applicable to a house, a block of flats or a care home, but not an office block, a school or a gym.

The mathematics behind the modelling is set out in another CIBSE document available for purchase, titled AM11 Building Performance Modelling. In practice, an assessor can

choose between a number of software packages but they must follow the AM11 requirements.

Why is it important to assess overheating risk?

In the design of modern low-energy homes, retaining heat in the winter tends to be treated as a higher priority than staying cool in the summer. That's reflected in the emphasis of Part L1 of the 2010 building regulations, which put far more emphasis on insulating to keep the heating costs down than on what happens to a well-insulated building during a heatwave.

Insulation without adequate provision for cooling will turn a house that stays warm in the winter into a furnace in the summer. The problem is exacerbated by modern lightweight building materials having a low thermal mass. A modern building's fabric doesn't absorb the sun's heat like old-fashioned stone and brickwork, but lets it straight through to the air that we live in.

As we're designing buildings that will stand for decades, we need to consider the fact that summers are going to get hotter and heatwaves more frequent. As low-energy homes are designed to stay warm in the winter without needing much energy to heat them, so they need to be designed to keep cool in the summer using passive cooling rather than energy-hungry air-conditioning units.

Where TM59 fits in is that it provides a framework for assessing whether the passive cooling systems designed into the building are up to the job.

What is the legal status of TM59 for a developer?

The TM59 document describes an industry standard rather than a regulatory requirement. A building that fails to meet it can still be rented or sold, but a council may require a building design to be TM59 compliant before granting planning permission.

It may also be something an investor would ask for as a measure of the quality of the building they're putting their money into.

How cool does TM59 assess as comfortably cool?

TM59 doesn't state a single temperature that's perfectly comfortable, not least because everyone has their own idea of what the perfect temperature feels like. It does state that sleep quality is likely to be compromised above 24°C (75°F), so a reasonable target for a home is to stay below that level. 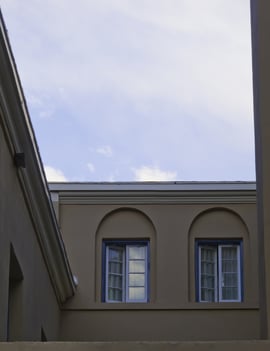 Natural ventilation is usually done by opening windows so a predominantly naturally ventilated home is defined by having an area of window that can be opened being at least 1/20 of the area of the floor, as per Part F of the UK building regulations.

A building with less openable window than that is classed as mechanically ventilated. The same is true if there's plenty of openable windows but a good reason not to open them, such as a main road or a railway line directly outside. In that case, the building will need mechanical ventilation if the people inside are to avoid a choice of being overheated or being deafened by the Caledonian Sleeper train.

In a naturally ventilated home, CIBSE prioritise getting a good night's sleep by stating that bedrooms may only be warmer than 26°C (79°F) for 1% of the year's sleeping hours (10pm-7am). That means the bedroom is allowed to impose 32 hours of stifling hot sleeplessness on you every year but not a minute more. The TM59 assessment doesn't count daytime hours so it isn't bothered if the summer heat wakes you up when you’re trying to have a lie-in.

The allowable temperature in the rest of the home - which includes the bedrooms between 7am and 10pm - involves a more complex calculation. Those rooms may spend no more than 3% of the year at more than 1K (1°C/1.8°F) above the comfort temperature.

The comfort temperature is something of a moving target, although it's usually in the range of 20-25°C (68-77°F). It's calculated based on the principle that we acclimatise to the external temperature, partly by things like taking off our jumpers and drinking more water, and partly by simply getting used to it. It also takes account of the fact that natural ventilation is likely to cause a certain amount of air movement: opening windows on both sides of a house will let a breeze blow through it, which will make us feel cooler than we would if air at the same temperature was stationary.

TM59 references the TM52 document for a full description of comfort temperature, which in turn references the Adaptive Thermal Comfort: Principles and Practice text book. 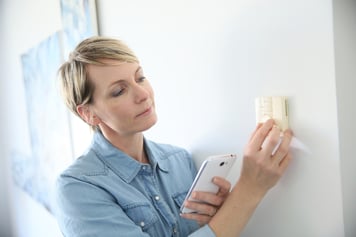 Suffice it to say that the comfort temperature is what the thermometer is reading when most people are feeling comfortable.

A mechanically ventilated home is most likely to be a home where it's not possible to open enough windows to get a breeze blowing through it. It this case, TM59 uses the simpler criteria that the temperature may only exceed 26°C (79°F) for 3% of the annual occupied hours.

The calculation is made separately for each room, so having a living room that stays blissfully cool throughout a heatwave won't compensate for a kitchen that overheats every time someone cooks a meal.

How many people does TM59 assume are at home?

The assessment is based on what TM59 calls a 'worst-case scenario', assuming the highest likely number of people in a room for the longest likely period of time. It's unlikely that a real flat will have as many people for as long as the calculations assume. That means that if the home can stay comfortable with as many people as the TM59 calculations assume, it can be trusted to stay comfortable under the less crowded conditions of real life. 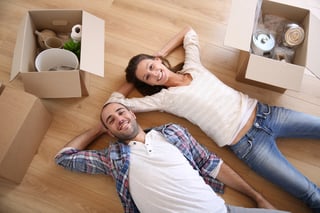 How many people spend how much time in the house matters because people generate heat. Our metabolism keeps us ticking along at 36.5–37.5°C (97.7–99.5°F), which usually makes us the hottest thing in any room except the kitchen.

It's not just our metabolism that heats the place up. Cooking, having a hot shower, running the washing machine, playing on the Xbox and a long list of other things we do all release heat energy into the room. For that reason, the TM59 calculations also assume an equipment load to factor in what the theoretical people are likely to be doing that adds to their own heat.

The calculations on heat generated by equipment draw heavily on a 2013 survey [PDF] that showed electrical usage in most homes peaks in the evening, when most people are at home to switch on all of those electrical devices that heat the place up. The TM59 calculations assume the theoretical people are doing most of their cooking and Xboxing between 6pm and 8pm, although there's something running all the time. Fridges and 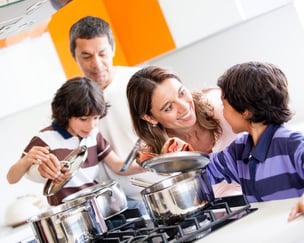 A lot of the TM59 calculations are based on annual occupied hours: in order to be compliant, a room must stay below a given threshold temperature for a set percentage of the hours of every year in which there's someone in it.

Once it's established what dwellings are being assessed, it's time to come up with the numbers to feed into the model. We discuss the criteria for doing that in part 2.

If you have any further questions about TM59 or anything else to do with keeping a building from overheating, please ask us on the form below and we'll be happy to answer.

Please take advantage of our free energy consultation which will take you through the regulatory requirements for your specific project;

If you'd like to know any more about TM59 and how to comply with it, please ask us on the form below and we'll be happy to answer.