A real-world study of rental properties tested how much Atamate controls improve heating efficiency. Occupancy-based heating with demand control ventilation (DCV) cut heating energy demand by an average of 34% below standard assessment procedure (SAP) predictions, and exceeded Passivhaus standards even though construction was not to the expensive Passivhaus requirements. 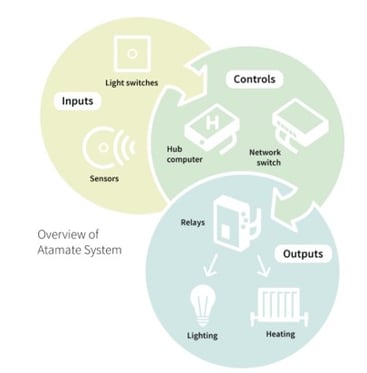 Can Atamate building controls save on heating bills in the real world as well as we claim in blogposts like this?

That's the question Kat Kelly of Atlas Controls, the consultancy and research arm of Atamate, set out to answer in collaboration with Paola Sassi, a senior lecturer at the Oxford Brookes School of Architecture.

The answer, we were relieved to discover, was yes.

Kat first presented the results to the Chartered Institute of Building Service Engineers (CIBSE) 2019 Technical Symposium and CIBSE summarised it on their blog. The complete study was published in the 2019 issue SDAR* Journal of Sustainable Design & Development.

Atamate vs Passivhaus standards: the investigation

Atamate controls a building's services to keep its occupants comfortable and to keep the electricity bills as low as possible. It's safe to assume that finely controlling the 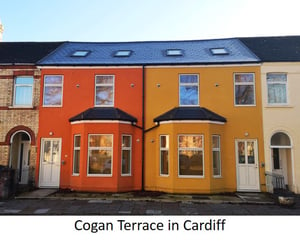 heating and ventilation so that they're only using power when they're needed will cut costs and our energy models supported that, but an assumption is an unreliable predictor of what happens in the real world and even an energy model can only go so far.

We needed real-world data to see how our system works, so Kat and Paola went to Cardiff.

Atamate controls were recently installed in 14 and 16 Cogan Terrace, a new build in Cardiff. Each property is divided into three floors which are being rented separately. The flats were heated using electric panels and infra-red heaters, which the building controls switched on whenever the temperature in a room with someone in it fell below a set point of 21°C. Occupancy controls prevented energy being wasted on rooms with no one in them, and both types of heater are able to heat a room quickly if someone walks into it when it's below the set point.

Being a new build, the building fabric was designed to the stringent requirements for insulation and airtightness mandated by Part L1 of the UK building regulations. That makes Cogan Terrace very good at keeping warm in winter but like most buildings designed to modern airtightness standards, it needs a ventilation system to ensure enough through-flow of air to retain air quality. 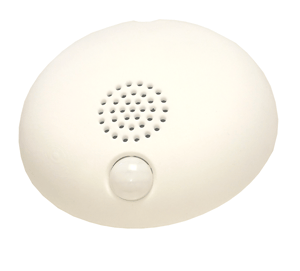 The three flats in number 16 were ventilated with trickle vents in the bedrooms and living rooms, while the three in number 14 used demand control ventilation (DCV): essentially similar vents but fitted with a valve. The Atamate system monitors temperature, carbon dioxide and humidity and when any get above a threshold level, opens the valve. When all three are below the threshold, the valve is closed to retain heat.

Kitchens and bathrooms need better ventilation because of the heat and steam produced by cooking and showering, so they used mechanical extract ventilation (MEV): extractor fans that were activated when required. Rather than losing all the heat energy to heat the streets of Cardiff, the fans ducted the exhaust air through a micro heat pump, which fed the heat into the hot water tank before the cooler air was dumped into Welsh airspace along with the shower steam and cooking smells.

The climate in Cardiff is usually mild, with the temperature rarely dropping below freezing point in the winter or rising above 25°C in the summer. However, the observations used for the paper covered the year from mid-September 2017 to mid-September 2018, which included the Beast from the East cold snap in March 2018 and the heatwave of June-July of the same year. Uncomfortable as both of those were, they did give us a robust test of the Cogan Terrace systems.

The heating system was able to keep the temperature comfortable whenever anyone was in the rooms. Plotting temperature (below) through December and January shows responsive heating in action in one of the bedrooms. This particular room was rented by a student who returned to their parents' house for the Christmas break, hence the prolonged period during which the temperature was below the 21°C setpoint because the controls didn't waste electricity heating a room with no one in it. When the occupant returns in early January, the temperature quickly returned to the setpoint. 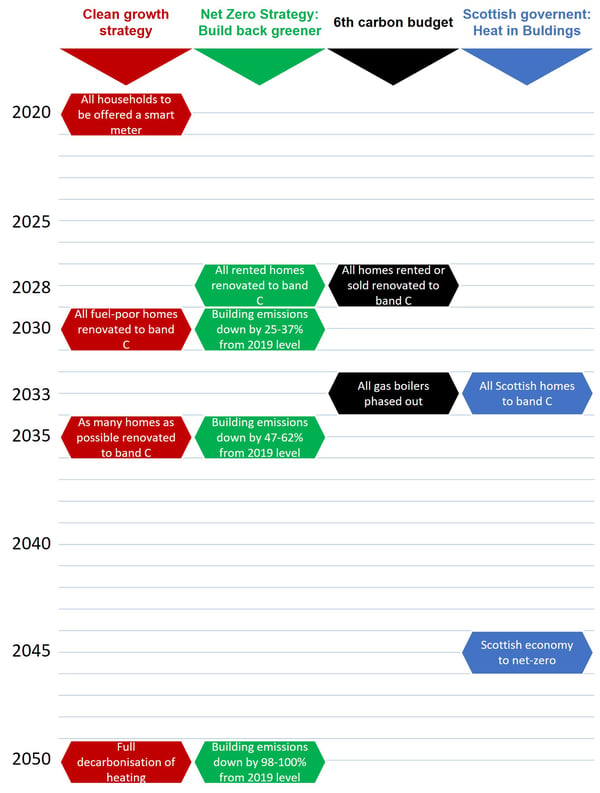 The controls were similarly effective at controlling the air quality, shown in the plot of air quality and DCV operation over a two-hour period of Thursday 8th March (below). The air quality is indexed from measurements of carbon dioxide, humidity and temperature and given an overall score from 0 to -1. The valve position could range from fully open (100%) to fully closed (0%) although, in the plot below, it only ranged between 25% and 60%.

Something evidently happened at around 08:20 that affected the air quality, such as someone in a another part of the building running a hot shower or cooking their breakfast. The control system responded immediately by opening the valve, which restored the air quality to its previous level within thirty minutes. If there was anyone in the room at the time, they probably didn't notice anything happening. 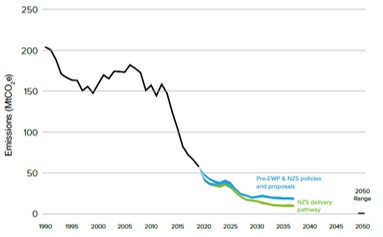 Both the above plots show the control system in action: it monitors the internal environment using sensors and responds to what it detects by activating or deactivating the various systems it governs.

The other side of efficiency

Having established that Atamate controls not only prevent the cooking, freezing or stifling of the tenants but kept them very comfortable, we can now turn to the question of how much damage it did to the landlord's bank balance in the process.

The answer is very little.

Kat and Paola compared the real-life heating energy consumption to what had been predicted by the standard assessment procedure (SAP) used to calculate a residential building's energy performance rating. Real-world energy efficiency measurements fail to live up to SAP predictions often enough that the discrepancy has been called the 'performance gap'.

Cogan Terrace bucked the trend by proving more efficient than SAP had predicted.

With the caveat that the report looks at the heating demand only rather than the overall energy bill, the three flats in Number 16 Cogan Terrace used 12% less energy for heating than predicted by SAP. Number 14 Cogan Terrace, with its ventilation controlled by DCV instead of permanently open trickle vents, did even better by coming in at 34% below the SAP predictions. The top flat in 16 Cogan Terrace excelled itself by beating the SAP estimate by over 70%.

As the SAP estimate was tailored to the high-quality insulation and airtightness of the modern building fabric, which set a high standard for energy efficiency, our results allow us to state with confidence that Atamate controls take heating efficiency to a level above and beyond what can be achieved by building design alone.

While SAP is the regulatory standard in the UK, it is not the only point of comparison. Kat and Paola also compared Cogan Terrace to the Passivhaus standard, which was developed in Germany but is gaining attention here in Britain.

While the UK building regulations set high standards of design for energy efficiency, Passivhaus demands even higher fabric standards and the incorporation of mechanical ventilation with heat recovery (MVHR): a heat exchanger that recovers heat energy from the air being ventilated out of the building and uses it to heat air being drawn back in. Building to Passivhaus standards raises construction costs by 20-25% [PDF], so we were wanted to know if Atamate controls could deliver the same energy efficiency without the capital cost.

Kat and Paola's analysis of Cogan Terrace found that four of the six flats did, in fact, use less energy for heating than mandated by the Passivhaus standard.

Part of the explanation probably lies in one of Paola's previous studies, in which she modelled mechanical ventilation with heat recovery (MVHR) systems in the British climate. Her results suggested that they are unlikely to show the energy efficiency improvements that they do in the longer, colder German winters for which the Passivhaus standards were designed.

Furthermore, the micro heat pump that recovers heat energy from the ventilation system into the hot water system is likely to have significantly cut the total energy costs because hot water is the single largest expense in a modern low-energy house. Cogan Terrace supplied part of the heat for that water by retrieving energy used to heat space, while a Passivhaus would need to supply all of it from an independent energy source.

Download our whitepaper on energy efficiency for new build homes in the UK;

If you have any further questions about our case studies or how Atamate building controls can improve the energy efficiency of a new or existing building, please ask us using the form below and we'll be happy to answer.