The UK government is consulting on proposed updates to the UK building regulations on energy efficiency (Part L) and ventilation (Part F). Atamate welcomes more stringent standards that will cut energy costs and greenhouse gas emissions. However, we’re concerned that the solutions proposed only consider a few of the available technologies, which doesn’t allow for the flexibility required to fit the best solution to an individual building.

This article is part of a series detailing Atamate's response to the Future Homes consultation. The others are:

Future Homes 3. Heat Pumps - are they the solution we’ve been looking for? 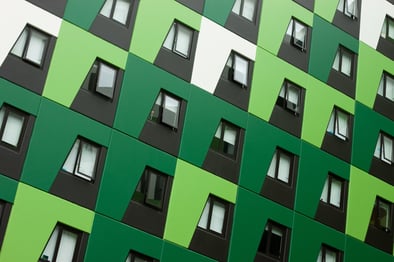 The demand for Future Homes

The Ministry of Housing, Communities and Local Government (MHCLG) published a consultation paper on the proposed Future Homes standard in October 2019. They plan to bring the new Part L (conservation of fuel and power) of the building regulations into law before the end of 2020, although the full Future Homes Standard will not come into force until 2025 after an extended period of research.

In parallel to the Future Homes consultation, MHCLG proposes to revise the Standard Assessment Procedure (SAP) used to assess the energy demand of every new or renovated building. BRE Group has previously posted a guide to SAP9, which remains current at the time of writing, while a proposal for SAP10 has been published for consultation.

British housing policy for the new decade is faced with serious challenges: there aren’t enough homes for the British population, many existing homes are in a poor state of repair and most, including many recently completed homes, were built to outdated standards that leave them needing far more heating than the regulatory limit set for new buildings. There’s an urgent need to build new homes and to renovate existing homes, bringing British housing stock to modern standards of energy efficiency. This will make energy bills affordable and will substantially cut the emissions of greenhouse gasses that drive global warming.

While Atamate fully supports the aims of the Future Homes policy, we have some concerns over MHCLG's proposed approach. In particular, several sections suggest regulations written around specific technologies.

This is a problem that may occur even if the technology in question is not mandated by the regulations. If the regulations were written around that technology, they may include requirements that are specific enough to exclude a different technology that may give a building better overall efficiency.

Our position is that the most energy-efficient housing will be delivered by regulations based on outcomes rather than mechanisms and should not emphasise particular technologies. While the current version falls short of stating that any given technology should be mandated, regulations written around certain technologies are bound to give an advantage to those technologies at the expense of others.

Allowing a designer to choose the best technology available allows the sort of flexibility needed for a policy that must cover all housing in the UK, which ranges from tower blocks in Manchester to cottages in the Cairngorms.

We acknowledge our vested interest. Our product is a building control system, which is among the technologies that MHCLG have not prioritised. We will discuss the neglected potential of building controls in another article.

However, we don’t call for building controls to be prioritised by future regulations. We simply call for the regulations to be written in a way that allows us to make our case for the utility of building controls in the design of a given building, and for advocates of any other technology to do the same whether or not it’s one named in the current Future Homes document.

The Future Homes consultation sets out two possible standards with two different levels of reduction when compared to an average home.

Option 1: A 20% cut in carbon emissions, achieved largely by improving housing fabric standards by improving the insulation of building fabric.

Option 2: A 31% cut in carbon emissions, achieved more by improvements in carbon-saving technology than fabric standards.

The cuts appear to be based on the total carbon emissions attributable to housing and don’t set targets for individual buildings beyond what is proposed in SAP10.

We’re fully behind MHCLG's preference for the technology-based approach and more ambitious targets of option 2.

However, we echo the view expressed by the Committee for Climate Change (CCC) in their response to the Future Homes consultation: the timescale could be shortened. The CCC makes the point that homes built now will still be standing in 2050. If those homes are built to current rather than Future Homes standards, they’ll need to be retrofitted when the Future Homes regulations are brought into force. The sooner that happens, the less retrofitting will be needed to meet the new standards.

The CCC's response also argues that it should be possible to build homes with heating demands below 15kwh/m2/yr by 2025. That was the limit they recommended in their UK Housing: Fit for Purpose? report, which the Future Homes consultation refers to repeatedly.

The technology needed to achieve the MHCLG's stated goals is available today; we’ve already done it.

Apart from being less ambitious, option 1's focus on fabric is likely to increase the carbon emitted in construction even as it lowers the energy requirement by the building services. Part L of the building regulations already mandates high fabric standards and raising them further would raise capital costs, energy consumption, and carbon emitted during construction.

Another recommendation in the CCC's response is that any regulatory framework should include an assessment of the carbon emitted in the construction of the building materials. Well-insulated fabric would certainly cut greenhouse gas emissions associated with heating, but it risks being a false economy if it increases the greenhouse gas emissions associated with construction.

A further concern is that while the need to minimise heating energy demand is important in winter, another design constraint is the need to avoid a building overheating during summer. The better insulated the building, the more power will be demanded by the ventilation system during the heatwaves that are expected to become more frequent in the coming decades. Worse, a future owner may decide to address a home becoming uncomfortably hot by installing air conditioning, which is likely to consume more electricity in the summer than any savings in heating made during the winter.

By setting a higher standard for the technology-based approach of Option 2, MHCLG acknowledges that it’s the approach most likely to deliver the much-needed improvements so we hope it’s the one they will pursue.

However, our view remains that option 2's 31% cut in carbon emissions is only achievable if the design of any construction or renovation project has the freedom to select the technologies that will deliver the best outcomes for that project. A designer who's constrained or incentivised to favour technologies prioritised by regulations is not likely to deliver the best carbon savings available.

The future is already here

We urge MHCLG to consider the maxim usually attributed to William Gibson that the future is already here, it's just not evenly distributed. A practical consequence of Gibson's maxim is that a policy that commits too strongly to the technology at the cutting edge at the time it’s drawn up will find itself trapped in the past in the years after it’s implemented. New technologies will be unable to find a place in regulations drawn up around antiquated technologies that were at the cutting edge at the time it was drafted.

Hopefully, MHCLG will start to base their policy around outcomes and leave the door open to the future as it arrives.

If you’d like to know more about our views on the future of housing in Britain, please ask us on this form or book a meeting to talk about your project.