The UK government's Future Homes consultation aims to improve energy efficiency in British homes but gives little attention to the problem of overheating driven by the warming climate. We call for the proposed regulatory reforms to include design to avoid overheating alongside design for energy-efficient heating. 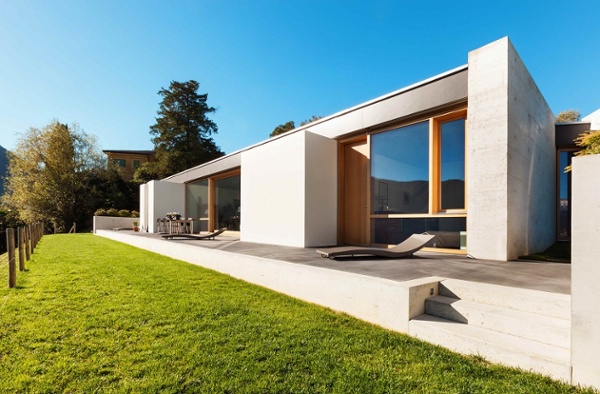 This article is part of a series detailing Atamate's response to the Future Homes consultation. The others are:

Future Homes 3. Heat Pumps - are they the solution we’ve been looking for?

The problem of overheating

In the articles in this series, we have given our view on revisions to the UK building regulations proposed in the Future Homes consultation document published by the Ministry of Housing, Communities and Local Government (MHCLG).

Here we will talk about something that we believe deserves more emphasis in the Future Homes document and, more generally, in the planning of homebuilding in Britain: the problem of overheating.

Both Future Homes and the current building regulations give far more space on their pages to a building's need for more heat in the winter than to its need to prevent heat accumulating in the summer. The emphasis appears to be driven by the fact that at present, far more energy is used for heating than cooling in the domestic sector while mechanical air-conditioning (aircon) is mostly used in the commercial sector [PDF].

In 2018, the House of Commons committee on heatwaves reported [PDF] that, 'at current temperatures, one in five of the UK’s homes overheats' and thanks to the global warming that Future Homes aims to mitigate, the overheating problem is only going to get worse.

The Met Office reports that the late 21st century will see Britain warm by an average of 2-4°C (4-7°F) from the late 20th century. Expressed as an average, a few degrees may not sound like much but the Met Office expect most of the increase to take the form of heatwaves in the summer. Many of us remember the scorching summer of 2003 as abnormal but researchers at the Met Office's Hadley Centre predict that summers like 2003's will be commonplace by 2040 when homes built to the Future Homes standard will still be relatively new.

The TM59 template against overheating

Overheating is mentioned briefly in the introduction of the Future Homes document but without any proposals to address it. Instead, MHCLG refer to Parliament's response to its own heatwave committee, which includes the suggestion of incorporating 'a dynamic thermo-modelling test, such as the Chartered Institution of Building Services Engineer’s [sic] TM59 and TM52 guidance' into the revised regulations.

The Chartered Institution of Building Services Engineers (CIBSE) published TM59: Design methodology for the assessment of overheating risk in homes as an industry standard in 2017, which we have described in detail elsewhere.

It is the most comprehensive guide to assessing overheating at the design stage that has been written for the British climate, and we agree with Parliament's view that it provides a solid basis for the more stringent regulations on overheating that we believe Future Homes should incorporate.

The TM59 standard defines a comfortable temperature as being in the 20-25°C (68-77°F) range, which is substantially lower than the temperature that we often endure during a heatwave.

Heatwaves can have serious effects on health, especially for the more vulnerable among us. Katharine Arbuthnott and Shakoor Hajat of the London School of Hygiene and Tropical Medicine

The regulations would need to cover both the design of the buildings to incentivise passive cooling and the selection of building services like ventilation and motorised shading. It has been found that for every 5°C (9°F) rise in temperature, there is an 11% rise in the number of children arriving 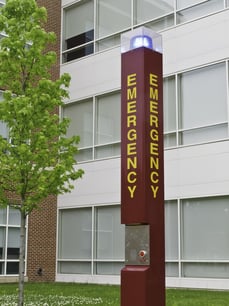 We call for MHCLG to recognise that we need homes that give us a break from sweltering in a heatwave, and to incorporate that need into regulation.

Energy-efficient cooling involves making the best use of passive cooling features such as shading and stack ventilation. As we have discussed elsewhere, the choice of design feature should depend on the requirements of the building. The over-arching principle is that the building must be designed with cooling in mind.

While the need for passive cooling is driven mainly by global warming, it is exacerbated by modern methods of construction. The construction industry is beginning to replace bricks and concrete with lightweight building materials like timberframe, most of which have a much lower thermal mass: the ability to absorb and retain heat energy.

During a heatwave, a building with high thermal mass tends to absorb solar heat into the building material and release it at night, which keeps the internal temperature cooler than the external during the day and warmer at night. Modern building materials allow for far more efficient construction methods and tend to be better insulated, but those advantages come at the cost of an inherent cooling mechanism that needs to be replaced with other design features.

If new buildings are designed for heating efficiency without regard to overheating, the hotter summers of the coming decades will incentivise future owners to retrofit energy-hungry aircon. If the domestic sector starts to require a similar level of energy consumption, it will undermine the whole purpose of Future Homes.

The proliferation of aircon in the domestic sector is likely to increase its own demand by contributing to the urban heat island phenomenon. Arbuthnott & Hajat found the effects of heatwaves were most acute in cities large enough to become urban heat islands, meaning that their temperature was several degrees higher than the surrounding countryside. The main reason heat islands form is that the thermal mass of buildings and roads absorbing so much heat during the day that the short summer night is not long enough for it all to be released. While most of that heat energy comes from the sun, a significant amount of it comes from people living and working within the heat island and the electronics and machinery that they use. Aircon works by pumping heat energy generated inside a building into the air outside where it adds to the heat island's heat.

The hotter it gets outside, the more energy the aircon needs to maintain temperatures inside.

A limitation shared by passive cooling approaches, such as opening windows and mechanical air con is that they are only as efficient as they are operated to be. When Valentina Fabi of Politecnico di Torino led a review into how most of us open and close windows, she found that left to our own devices, most of us are very inefficient operators. We don’t usually think about touching the windows until we notice that we're too hot or too cold, by which time the temperature has already drifted several degrees from where we'd like it to be. Very few of us think about opening windows in the pattern necessary to set up cross-ventilation, which makes the best use of any breeze outside.

Putting motorised windows under building controls is one of several ways in which a control system can help to prevent overheating. As well as reacting to a temperature within a single home, a single control system may control all flats in a block so it can set up cross-ventilation that involves opening windows in flats with different owners. 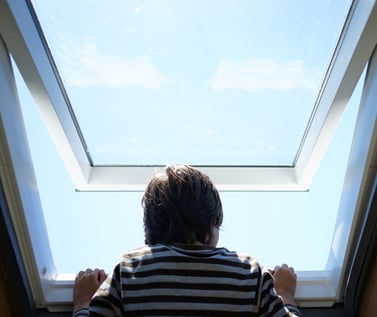 deliver, and the same zonal control can be applied to ventilation systems and window opening to deliver effective and efficient cooling.

Building controls can also take control of shading. Motorised blinds or curtains between two panes of double glazing can be a very effective way of keeping solar heat out of the building, but they do need to be drawn when the sun is shining through the window. Most of us are no better at taking pre-emptive actions to control shading than we are at co-ordinating window-opening; we don't draw curtains against the sun unless we're in the room at the time. Building controls can use shading to keep the internal temperature down even if there is no one in the building.

By making best use of such passive cooling approach, building controls can avoid the need for aircon altogether in many homes. If aircon is needed, building controls can operate it to maximise its efficiency by ensuring it is only switched on when it is needed. For example, a control system could cool a flat by opening windows in the morning until the occupants leave for work and if it is uncomfortably hot when they come home in the evening, it can close the windows and switch on the aircon as soon as they enter the building. It would avoid the aircon being on while windows are open or the flat is empty and it keeps the system efficient by alerting the homeowner of maintenance manager when the filters need cleaning.

If you’d like to know more about our views on the future of housing in Britain or on how our building controls can help to limit overheating, ask us on the form or book a meeting and we'll be happy to let you know.