Shelter's Commission on Social Housing: a view from the construction industry

The Shelter Commission recently published their report on the poor state of social housing in the UK, and their recommendations for improving the situation. We welcome the investment called for by the commission, but we believe that regulatory reform will also be necessary to meet the goals laid out.

The Shelter Commission's view: this can't go on

On January 8th, the charity Shelter welcomed the new year by publishing their commission's report on the state of social housing in the UK, along with a set of recommendations for moving forward over the coming decades. The report has been well-received by the Joseph Rowntree Foundation and by the Local Government Association who have echoed the commission's call for investment in new homes.

It's not news that the prospect of owning a home is far less attainable than it was 20 years ago, which has led to a lot more people paying rent instead of mortgages. The Shelter commission focused on what that means for the lower end of the income spectrum: many families face chronic instability as they are moved from one temporary residence to another. Meanwhile, the shortage of affordable housing pushes more and more people out of the bottom of the system, so that the number of people sleeping rough has tripled since 2010.

The government's response has been to announce a program of home building but consistently achieve less than half of their stated target of 300,000 new homes per year. 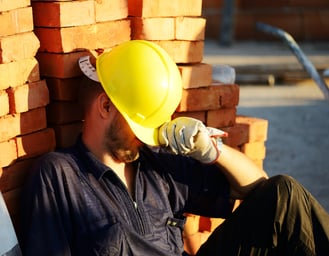 In 2017, only 6,493 new homes were delivered to the social housing sector while at the time the report was published, there were over a million families on the waiting list with over 140,000 classed as homeless, mostly living in temporary accommodation.

The situation is clearly unsustainable, and we support Shelter's call for urgent and extensive reform. The commission's headline proposal is for an investment of £10.7 billion per year in building homes for the social sector, much of which would be offset by savings in housing benefit as recipients move out of private rental property or temporary accommodation such as bed and breakfasts, and into the lower rents charged in social housing.

In 2016, Christian Hilber identified the UK planning system as the single most important factor in driving up UK property prices:

The only real winners of the planning system are wealthy land and property owners who possess more property than they consume, elderly homeowners who are prepared to sell their houses, pocket the proceeds and move to a country with cheaper housing, and the children of wealthy parents once they eventually inherit property. PBC Today, October 2016 [PDF]

Conspicuous by their absence are the low-income renters who are the concern of the Shelter commission. 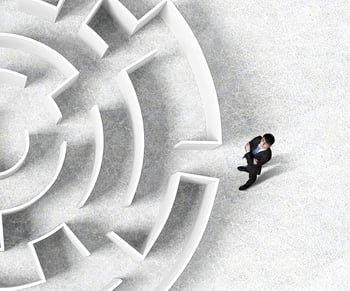 Hilber is an economist at the London School of Economics, and his article was the basis of evidence he gave to the Treasury committee and an article in The Economic Journal and summarised in PBC Today. Among his proposed solutions [PDF] were a review of the constraints to planning such as protected view corridors that may not have been reconsidered for centuries, and the introduction of a rule-based zoning system.

Zoning would enable a developer to know what they could do with land before buying it, making it much easier to predict how much it would cost to build on it. It would also streamline the review of a planning application because the proposals could be evaluated against a clear set of rules.

The Shelter commission described of the problems with the UK housing market: 'unaffordable housing, slow build out rates, and lack of innovation are inherent in our market housebuilding system'. They went on to describe some of the reasons behind those problems, but our view is that they neglected the direct impact of the planning system on the delivery of the recommendations:

The commission calls for 'tenure-blind, mixed community developments': new social housing should be mixed with the homes of private renters and home owners rather than being zoned into sink estates. Achieving that will require development of relatively small buildings in suburbs or more rural areas, which is exactly the type of development most inhibited by the current planning laws. 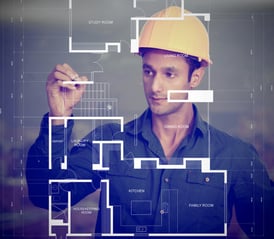 The commission calls for the use of modern methods of construction, which will speed up the construction process. Central to such modern methods is the prefabricated construction of parts of buildings, which is not compatible with the bespoke designs that are often required to receive planning permission.

A 2016 briefing paper [PDF] by the Building Research Establishment showed that the UK has the oldest housing stock in Europe, and the planning regulations emphasis on aesthetics over the quality of the building disincentivises replacing buildings that are now much older than their intended lifespan. The Shelter commissioners report manytenants living in poor conditions, most often due to mould and damp, which is likely to be a consequence of the deterioration of a building over decades or sometimes centuries.

As well as being in a poor state of repair, older houses tend to be poorly insulated and expensive to heat. In 2015, the Association for the Conservation of Energy (now merged with the Association for Decentralised Energy) reported that 21 million of the UK's 26 million homes have poor energy efficiency [PDF], and found that more people in the UK cannot afford to adequately heat their home than in any of the other 16 European countries they surveyed. Given that the UK has lower energy costs than most European countries and milder winters than many of the countries it was compared to, that is a damning indictment of the standard of housing in the UK.

The figures are in line with the government's finding that more than 10% of households in the UK suffer from fuel poverty: they would have to pay more than the national median on household energy to be comfortable and if they actually spent as much as they would need to, their remaining income would leave them below the national poverty line. Unsurprisingly, many choose to spend the money elsewhere and the Shelter commissioners found that more than 20% of renters endured extreme cold during the winter.

New buildings have much lower energy requirements, not least because the Part L1 building regulations stipulate higher standards for energy efficiency for new build than for renovated buildings.

For all of these reasons, our view is that a program of demolishing and replacing sub-standard housing is the best way to provide comfortable and affordable housing, and that the planning system as it stands is the main disincentive to such a program.

Finally, there is the simple question of cost: much of the cost of building in the UK is absorbed by planning requirements that are based on the external appearance of the building rather than the quality of life of the people living in it. Reform of the planning system would make the investment called for by the commission to go much further.

The role of private landlords

Most of the commission's recommendations are directed toward developing social housing, in which the landlord would be a local council or a non-profit housing association. However, the commissioners did recognise that a lot of the low-rent sector is owned by private landlords. 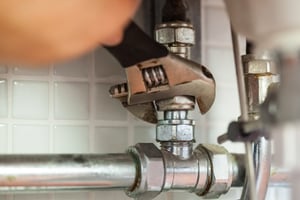 Our view is that recent government reforms have made the role of private landlords increasingly untenable. Forcing private landlords out of the affordable housing sector will not improve the standard of accommodation, as the report recognises that the regulatory standards for rented accommodation are often enforced better in the private than the public sector:

For most private renters, raising an issue with their landlord is enough to have that issue resolved. Unlike many in social housing, local authority environmental health teams inspect properties and enforce standards for private renters. p55.

A possible argument against the continuing role of the private sector is that the commission found rents were often higher, which is reflected in a greater cost to the taxpayer through housing benefit. However, the comparatively high cost of private renting reflects high demand driven by the UK's housing shortage. Our view is that the solution to that problem lies in resolving the shortage rather than in prioritising transfer of affordable housing from the private to the public sector as a policy aim.

We welcome the commission's recommendations for empowering tenants in both the public and the private sector, but we believe that two recent reforms made by the

government have created problems for private landlords that are inevitably passed on to their tenants:

1          Private landlords can no longer claim interest against tax

Recent changes to the tax system mean that interest can no longer be claimed against tax for smaller landlords, which disincentivises the sort of major renovation that would require the landlord to take out a loan.

Repealing that change would enable landlords to take a long-term view of managing a building rather than constantly making minor repairs when a problem arises. For example, complete replacement of an ageing plumbing system would become an investment in the value of the property at the same time as putting and end to mould caused by leaking pipes and the mutual frustration of landlords and tenants caused by the need for constant repairs. 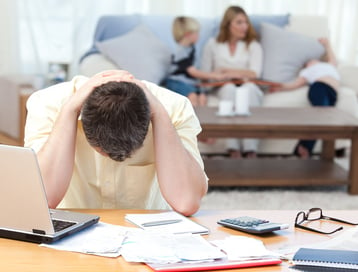 One of the major criticisms of the recently introduced universal credit system is the change from fortnightly to monthly benefit payments, which is simply more difficult to manage for someone on a low income. In fact, the universal credit scheme has encountered the same problem that has been plaguing the low-income rental market for some time, as rents are usually paid on a monthly basis.

There is an argument that paying the rent to the benefit recipient is empowering, but there is also substantial evidence that the process of financial management is a significant cause of anxiety and depression among people who struggle on the edge of debt. The mental health charity, Mind, describes a vicious cycle of money worries driving poor mental health, which in turn drives poor financial decision making.

Paying rent directly to the landlord would remove that part of the burden from the tenant, and also avoid placing the landlord in the unpalatable situation of choosing between accepting ever-increasing rent arrears and evicting their tenant.

The National Housing Federation's response to the Shelter commission states a need to 'fundamentally reform the way land is bought and sold, making it cheaper for organisations that want to build social housing'. They offer no specifics, but our experience is that one of the major inhibitions to land sales is Stamp Duty.

Stamp Duty is a tax levied on any sale of land, which has been the subject of repeated reforms over the last two decades. It is currently high enough that it discourages home owners from moving, which had led to the UK housing market becoming a lot less fluid than it used to be. People with new families cannot but larger houses while older people, whose children have left home, cannot downsize.

The impact on the type of affordable housing discussed by the Shelter Commission is that there is simply less property available for purchase that could be used for social housing than there would be with lower stamp duties. 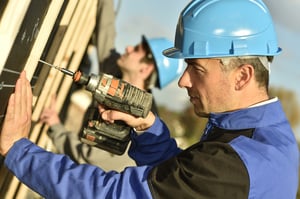 We agree with the Shelter Commission's assessment that the current situation untenable, and it will continue to need more taxpayers' money to be paid for housing benefit while leaving more people in substandard homes or no homes at all until it is reformed. We welcome the commission's recommendations for investment in building social housing and better regulation for tenants.

In addition, we call for more consideration to be given to the factors that affect the construction and development industry's ability to meet the need for affordable housing, and reconsideration of some of the regulatory reforms that have affected the ability of private landlords to rent to people on housing benefit.

If you have any questions or would like to discuss these issues further, please contact us on the form below and we'll be happy to answer.