Air conditioning: the how, what and why.

Air-conditioning (aircon) removes heat energy and water vapour keep a room's temperature and humidity at comfortable levels. Most aircon systems use the same heat pump technology as a fridge or freezer. Here we'll discuss what aircon does and how, with particular reference to its use in the British climate.

We discuss how to get the best efficiency out of an aircon system elsewhere. 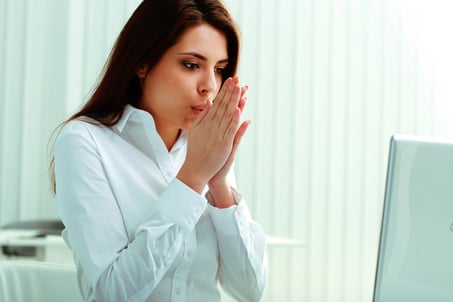 Air conditioning for your home: what is perfectly conditioned air?

The first question begged by any discussion of aircon is how cool a room should be, and it usually causes the first argument about aircon because different people tend to be comfortable at slightly different temperatures. The average man tends to prefer a slightly cooler 22°C (72°F) than the average woman, who prefers 25°C (77°F). Someone may need to arbitrate squabbles over the thermostat but when it comes to designing and managing the building, the figure to aim for is likely to be 23.5°C (74°F) if most people will be sitting at desks. If they're doing something more active, the temperature may need to be lower.

How does air conditioning work?

Air-conditioning has a long history. Egyptian frescoes from 4,000 years ago show slaves waving fans over clay jars of water to cool their masters. Two millennia later, wealthy Romans directed water from their aqueducts - built by slaves - around their villas to stay comfortable. 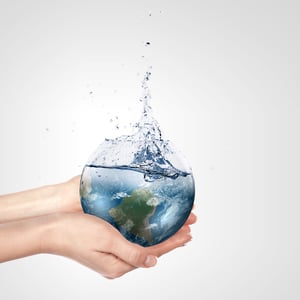 We may see those systems as antiquated today, as well as wishing there had been less slavery involved, but the physical principles underlying them remain the basis of modern air conditioning. A liquid absorbs heat energy as it vapourises, which was the point of those Egyptian clay pots. The slaves were pushing the cooler vapour around the room so that more heat from the air could get into the water. The same system took care of the humidity: having water evaporating inside the room would have made a reclining master a lot more comfortable in a climate as arid as Egypt.

The principle that a liquid absorbs heat energy as it vaporises is the basis of the refrigeration cycle used in a modern aircon unit. Unlike the Egyptian system, the refrigerant liquid in an aircon system is kept in a closed circuit. It absorbs heat energy inside the building and is then pumped outside to release it. It doesn't need to be constantly topped up like the water in those clay pots, with the further advantage of not requiring slave labour.

In Britain, aircon is used mostly in large buildings, where it's more efficient to use a single centralised aircon system rather than multiple single-unit systems. Many centralised aircon systems make use of the way water is able to absorb a lot more heat energy than air by pumping chilled water around the building to gather up the heat and carry it to a central cooling tower - using the same physical principle as the Roman architects who redirected their aqueducts.

The Carbon Trust has produced a booklet [PDF] that describes the various systems and the principles behind them in detail.

It's significant that the Carbon Trust, whose role is to reduce the carbon footprint of the industries it works with, takes an interest in air-conditioning. All types of aircon units need a lot of electricity, much of which is generated by burning coal into carbon dioxide. That's less than ideal at a time when we're already facing dangerously high levels of global warming.

As well as damaging the environment, aircon is also likely to damage the running costs of any building that uses it. The Carbon Trust calculated that aircon can add up to 30% of the running cost of a commercial building.

Not many British homes have aircon units, which is unlikely to change because the building regulations state that introducing it would amount to a renovation. Any renovation needs to meet stringent enough criteria for energy efficiency so less power-hungry passive cooling methods are likely to be preferred to aircon. 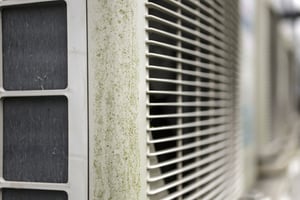 The same regulations stipulate similar energy efficiency criteria for newly built or renovated commercial buildings, which are usually designed with passive cooling systems. While even the best passive cooling systems may need to be supplemented with aircon on the hottest summer days, the Building Research Establishment (BRE) reported [PDF] that new builds and recently renovated buildings need far less energy spent on aircon than older buildings.

However, Britain has a lot more old buildings than new ones, and old buildings rarely have passive cooling built into them. They still need aircon units chewing through electricity to keep the temperature at a level where it's worth having that argument over a couple of degrees Celsius.

Aircon in the British climate

The BRE found that of the energy used for aircon [PDF], around 30% of it is used between November and April while only 14% is used over the weekend. To put it another way, a lot of people with computers will make an office hotter on a winter's day than it would be on a sultry summer weekend during the World Cup Final. That office might spend more on its aircon in the summer, but that doesn't mean the aircon units will be standing idle all winter.

Looking to the future, the need for aircon isn't going to go away. Not many of those older buildings are going to replaced or renovated in the foreseeable future and the changing climate won't do us any favours. The latest predictions are that our summers are going to get hotter and we're going to see more heatwaves like the 2018 scorcher.

The fans in those aircon units are going to do a lot of spinning in the years to come, but there are ways to limit how much energy we use for aircon. That's worth looking at from the perspective of keeping the overheads to a minimum, but also to help head off the direst of the climate change predictions. The BRE has come up with a detailed set of suggestions [PDF] for keeping down the aircon costs and we've shared a few thoughts of our own here.

If you have any further questions about aircon, please send them to us on the form below and we'll be happy to answer them.