Are solid fuel burners appropriate in a modern new build home? Can they be incorporated into an eco home without ruining it's green credentials?

Burning solid fuels like wood or briquettes is an attractive option for a living room but tends to generate particulate air pollution and over-produce heat. Here we discuss those drawbacks, solutions like automation and back boilers, and the regulatory requirements that inform the design of a given installation.

A match and a firelighter send the flames licking over the carefully stacked logs. A wave of warmth banishes the winter from the room. It’s the perfect touch for an evening in with a glass of wine and a good book. Who doesn’t love an open fire?

At Atamate, our view is that burning wood or any other solid fuel is an inefficient way to heat a home and generates an obnoxious amount of local air pollution. Nevertheless, a tame fire in the living room has a strong appeal. Good design can maximise the benefits and minimise the drawbacks, and that design should be based on a solid understanding of what the drawbacks are as well as the relevant regulatory requirements.

The fundamental drawbacks of burning solid fuel are that it produces too much of two things: heat and air pollution. Designing an installation requires an understanding of the problems created by both. 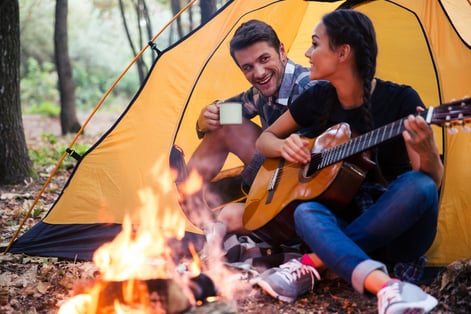 Wood only combusts completely at temperatures above 260°C (500°F), meaning that a low-temperature fire is an inefficient fire. The catch is that a low temperature in terms of the physical chemistry of wood is still a high temperature to have a stack of the stuff generating in a living room. It means that solid fuel burning effectively has two modes: unlit, generating no heat at all, or lit, generating a lot of heat.

In a badly insulated house in the depths of winter, a lot of heat is what’s needed. However, the fabric of new builds and renovations are required by regulation to meet minimum standards of insulation and maximum levels of air leakage. If a building’s fabric meets those standards, or indeed comes close to them, that initial wave of warmth will soon build up to an oppressive heat.

Opening windows may regulate the indoor temperature to a comfortable level, but facilitating the escape of heat energy from the home is inherently inefficient when the fuel costs money.

Too much air pollution

Burning solid fuels inevitably produces a range of pollutants including nitrogen dioxides, ozone, carbon monoxide and, in the case of coal, sulphur dioxides. By far the most important is fine particulate matter of around 2.5µm in diameter, known as PM2.5. While our windpipes filter coarser particles out of the air we breathe, fine particles can penetrate as far as the lungs to cause inflammation in a healthy person and can aggravate underlying conditions like asthma. The impact can be enormous; PM2.5 pollution is estimated to cause over 30,000 premature deaths per year in Britain.

Recent decades have seen a steady increase in the proportion of total particulate pollution emitted by solid fuel burners [PDF]. Part of the reason is the concurrent fall in total particulate pollution thanks to regulatory reform of industry and vehicle engines. However, the concurrent rise in the popularity of solid fuel in British homes has seen a rise in both the proportional contribution and the total amount of PM2.5 pollution produced by the domestic sector.

The World Health Organisation (WHO) defines the following safe limits for PM2.5 pollution:

The air quality of British cities consistently fails to meet the WHO standard and across Britain, domestic solid fuel burners now account for a quarter of all PM2.5 emissions.

However, the effect of PM2.5 emitted by solid fuel burners depends on where it is emitted. In thinly populated rural areas with few other sources, a burner’s emissions are likely to disperse before they exceed the safe limits. Burning solid fuel in a city is far more polluting because there is already a background level of emissions from vehicles, and the contribution of solid fuel burners may be the difference between remaining below the safe limit and breaching it.

In practice, where there is one burner, there are likely to be many. In London and Birmingham, Britain’s two biggest cities, burning wood alone accounts for nearly a third of all particulate pollution during the winter [PDF].

Since the beginning of 2022, any solid fuel burner sold in the UK has had to meet the emissions and energy efficiency standards defined in the European Commission’s Ecodesign directive. For someone thinking of installing a burner in their home, the regulations and standards that matter are those covering safety and local air pollution.

Solid fuel burners fall under Part J of the UK building regulations, which cover any system using combustible fuel inside the home including gas and oil. Part J is mostly concerned with the potential impact on indoor air quality and standards for the ventilation of any room containing a solid fuel burner. In practice, that means a large enough chimney, adequate ventilation inlets and a carbon monoxide sensor within the room.

The relevant regulatory requirements are summarised in the relevant section of the government’s Domestic Building Services Compliance Guide.

To limit air pollution, local councils designate smoke control areas that they list on their websites.

Smoke control areas restrict what types of fuel can be burned. Each of the UK nations has its own list of permitted fuels although all four permit the use of anthracite, a type of coal composed of almost pure carbon containing very little of the sulphur that combusts to toxic sulphur oxides.

Wood can be burned in a smoke control area as long as it is done in a burner classified as ‘DEFRA-exempt’. As with fuel types, each of the UK nations produces its own list of DEFRA-exempt burners. 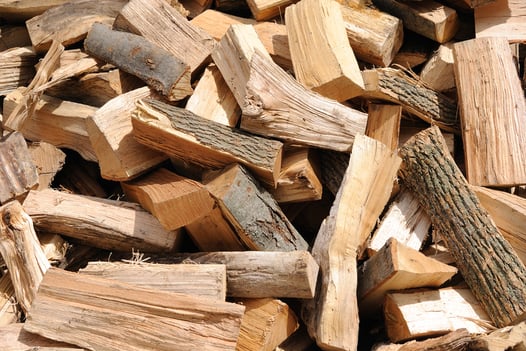 A drawback of burning anthracite or any other fossil fuel-based substrate is that it contributes to atmospheric carbon dioxide, contributing to global warming. A more environmentally friendly approach is to burn wood from sustainable forestry, in which case the carbon dioxide emitted is balanced by newly planted trees.

The Department for Business, Energy & Industrial Strategy (DBEIS) defined the criteria for sustainability in a document titled Timber standard for Heat & electricity. Rather than requiring the buyer to research every supplier individually, DECC recognises the certification schemes operated by the Programme for the Endorsement of Forest Certification (PEFC) and Forest Stewardship Council (FSC).

The ClearSkies certification scheme for stoves and fireplaces offers a way to cut through some of the complexities of the regulatory requirements. A full explanation for the certification levels is on their website but the salient point is that level 3 certification can use any fuel in any area while higher levels offer even greater energy efficiency.

If you’d like to know more about how atBOS controls can make the most of a solid fuel burner, ask us on the form and we'll be happy to discuss it.