Air-source heat pumps (ASHPs) are widely promoted as a source of low-cost, low-carbon space and water heating. However, a model of ASHP-powered heating in London shows that they compare unfavourably to heating derived directly from mains electricity, especially when compared to real-world data from flats using direct electric heating. 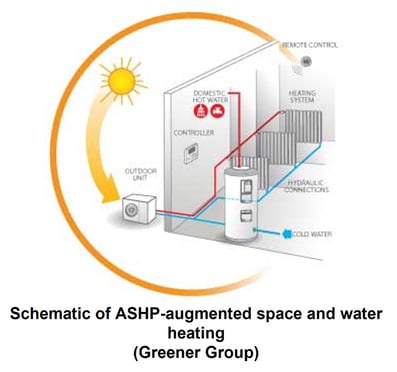 British building services can only ever be decarbonised by overcoming Britain’s dependence on natural gas to power our heating. That dependence has arisen because the cost per unit energy of mains gas is a fifth that of mains electricity and although at the time of writing, a national gas shortage looks likely to raise the price of mains gas, it will remain substantially more cost-efficient than electricity.

However, gas generates around 50% more greenhouse gas emissions per unit energy than electricity and as the national grid is in the process of replacing fossil fuels with renewable and nuclear power, the carbon efficiency of gas will fall further and further behind mains electric power.

Table 1. Cost and carbon emissions per unit energy of mains gas and electricity

The attraction of ASHPs is that they multiply the power derived from the mains by using heat energy extracted from the air. They do not multiply it by the five times that would be necessary to close the cost gap between gas and electricity but they can at least narrow it. They are mentioned repeatedly in the government’s Heat in Buildings strategy and the recent Future Homes consultation placed so much emphasis on ASHPs that it suggested revising regulations around them.

The emphasis on ASHPs has tended to overlook the major limitations of ASHPs:

We have previously stated our view that regulations intended to decarbonise buildings are more likely to succeed if they are based on the outcome of decarbonisation than if they privilege specific technologies like ASHPs. Refurbishing a home to replace gas with ASHP-augmented heating incurs a significant expense, which is wasted money if ASHPs are not the most carbon-efficient option.

The GLA compare ASHPs to the direct electric option

Many published studies have modelled the costs and benefits of a large-scale rollout of ASHPs but we are only aware of one that has compared ASHPs to direct electric space and water heating: the Low Carbon Heat: Heat Pumps in London [PDF] study commissioned by the Greater London Authority (GLA). It compared models of different approaches to heating, including systems powered directly by mains electricity and systems augmented by ASHPs. 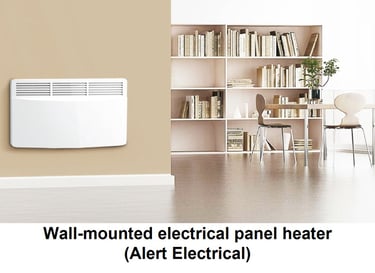 Direct electric space heating dispenses with the wet heating system and, in the case of the system modelled in the GLA report, uses panel heaters to heat the rooms. It dispenses with the need to heat a large volume of water to distribute heat around the home, although water still needs to be heated for taps and showers.

The report does not explain how the projected energy requirements for direct electrical heating was derived. Nor does it explain why they assumed a 300% efficiency* for their modelled ASHPs, meaning that they expected their ASHPs to multiply mains electricity by a factor of three.

In the appendices of the GLA report, the analysis is repeated with the assumption that heat pumps are 20% less efficient than the 300% prediction. At an efficiency of 280%, which is in line with the field trial data, the ASHP option was only slightly less carbon-efficient than direct electrical heating: 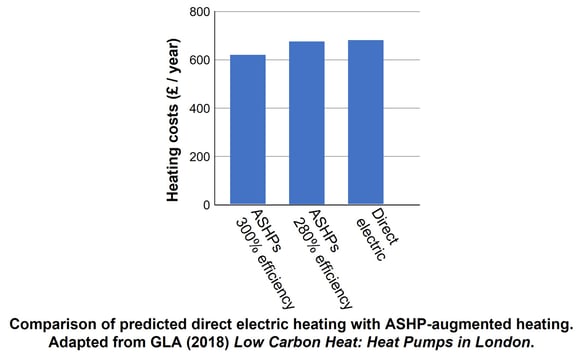 However, the 300% efficiency of the ASHPs was not the only questionable assumption in the GLA report; the authors also assumed a very high energy demand. The baseline figure for a 70m2 flat with two occupants is a total space and water heating demand of 4,200kwh/yr. In one of the appendices, they modelled a building of equivalent size built to what they call 'high construction quality' and show that with the lower demand, a direct electrical power supply is more efficient than heat pumps, even with the heat pumps running at the unlikely 300% efficiency.

Further, the model's 'high' quality does not look that high when compared to the results from our own Cogan Terrace case study, which delivered real-world data from two rented flats in Cogan Terrace, Cardiff. As in the GLA’s model, the Cogan Terrace flats used panel heaters for space heating. Unlike the GLA model, the panel heaters were under occupancy-based zonal control, avoiding wasting energy by heating empty rooms. 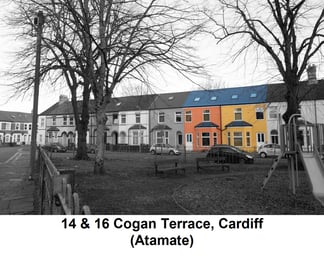 The Cogan Terrace flats did use a heat pump but rather than using outside air as a source of energy for a wet heating system, they recovered heat energy from the ventilation exhaust for the hot water supply. Because the exhaust air was consistently at room temperature, the heat pump operated at a higher efficiency than if it had been using outside air which was usually colder.

The Cogan Terrace study’s real-world data showed a lower energy demand than the hypothetical flats in the GLA’s model even when they assumed a high construction quality lowered a home’s energy demand. The GLA’s model did not define ‘high construction quality’ beyond giving the example of the Passivhaus standard, which mandates substantially better insulation and less air leakage than in the Cogan Terrace flats.

The Cogan Terrace flats comfortably met the current building regulations and the higher standards proposed by the Future Homes consultation, making them typical of the fabric standards likely to be met by newly built or refurbished flats for the foreseeable future. However, they fell short of the stringent insulation and airtightness standards recommended by Passivhaus, which the Passivhaus Trust estimate would add 20-25% to the overall construction costs [PDF].

The GLA study assumed its hypothetical 70m2 flat occupied by two people had a total space and water heating demand of 2,500kwh/yr, or 36kwh/m2/yr, which is considerably more than the data derived from the Cogan Terrace study showed. Our real-world data showed space and water heating demand below 30kwh/m2/yr between seven real people, who would take a lot more showers than the GLA’s hypothetical couple.

Comparing the GLA model with real-world data from Cogan Terrace shows that ASHP-powered heating requires more energy, making it less carbon-efficient and more expensive, than direct electrical heating under occupancy-based zonal control. The comparison does not take account of the installation and maintenance costs but both installations are likely to heat water using a similar electric boiler but Cogan Terrace’s electric panel heaters are likely to be cheaper than the wet heating required to make use of ASHPs.

Our view is that ASHPs are being promoted as a generic solution to the problem of low carbon heating at the expense of other options that are at least equally supported by the available evidence, and that direct electric heating under occupancy-control is prominent among the solutions that are often omitted.

Our view is not that ASHPs have no role to play in the future of housing in the UK, and indeed the Cogan Terrace flats used an exhaust air heat pump to recapture heat from 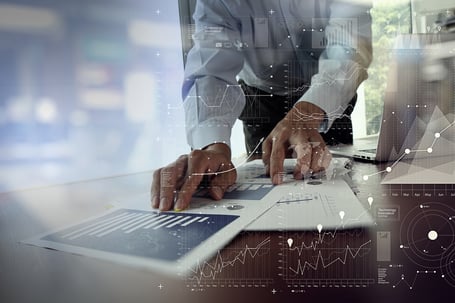 the ventilation exhaust into the flats’ hot water supply. We are, however, concerned that the recent emphasis on ASHPs is promoting them as a generic solution to the problem of delivering low-carbon heating when they will not be the best solution available in many cases. The chosen solution for any new build or refurbishment should be based on a cost-benefit calculation, and that calculation should compare ASHP-augmented electric heating and any other option available for that installation using realistic assumptions derived from field trials.

*The term ‘efficiency’ is used here rather than ‘coefficient of performance’ (CoP), which is the standard way to express the extent to which an ASHP multiplies the mains supply, because the two field trials and the GLA model do not use a consistent methodology for calculating the CoPs that they report.

If you’d like to know more about how the Atamate Building Operating System (atBOS) can improve the efficiency of a building’s services, with or without heat pumps, ask us on the form and we'll be happy to let you know.