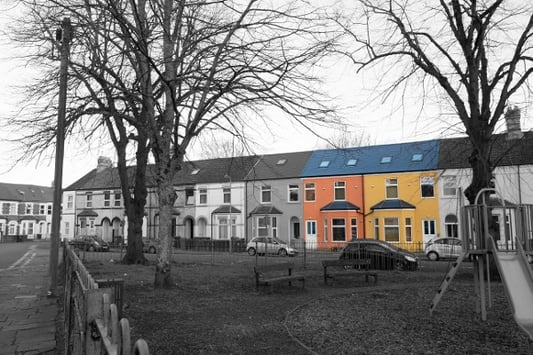 Regulating the way to net-zero

At this year's technical symposium of the Chartered Institute of Building Service Engineers (CIBSE), Atamate's Kat Kelly presented the case for the UK building regulations recognising the potential of smart controls in delivering energy-efficient homes. At the time of writing, the Ministry of Housing, Communities and Local Government (MHCLG) is consulting on an update to the building regulations outlined in the Future Homes document, which similarly fails to recognise the potential of building controls.

Improvements to the energy efficiency of British housing are needed to meet the UK's commitment to net-zero emissions by 2050, and a priority is to cut the 15% of British greenhouse gas emissions that are produced by housing. As most of those emissions are produced generating energy used for heating, tackling them will also cut heating bills which will help the one in ten British residents who cannot afford to heat their home adequately.

At Atamate, one of our priorities is to evaluate how our building control systems work in the real world which we pursued with a year-long post-occupancy evaluation of rented flats in Cogan Terrace, Cardiff, fitted with inexpensive electrical heaters under Atamate smart controls. The Cogan Terrace flats met the heating efficiency target of 15-20kwh/m2/yr recommended in the Committee for Climate Change's (CCC) document, UK Housing: Fit for the Future.

Elsewhere, we have discussed our concern that Future Homes prioritises particular technologies, introducing a regulatory incentive to apply those technologies whether or not they are the most appropriate for a given building. Conversely, technologies that are not prioritised will be excluded

Building controls are Atamate's core product so we are inevitably biased, but we do not argue for the regulations to prioritise controls or any other technology. Our view is that all technologies should compete on a level regulatory playing field that prioritises outcomes over methods.

However, the Future Homes consultation document dismisses the potential of smart controls, describing them as being 'typically…installed in large commercial buildings but not usually in dwellings'.

Smart controls are indeed used more in the commercial than the residential sector, but that reflects the current state of market penetration rather than the capability of control systems. Our Cogan Terrace case study showed smart controls meeting the CCC's energy efficiency target more than a year before the outdated view of smart controls was published in Future Homes.

Heat pumps in the UK

Among the technologies prioritised in Future Homes are two that we have discussed in previous articles: air-source heat pumps (ASHPs) and mechanical ventilation with heat recovery (MVHR).

ASHPs have higher installation and maintenance costs than direct electric heaters, even accounting for the sensor network needed to operate a control system. For an ASHP to be the cost-efficient option, it would need to deliver a large enough improvement in energy efficiency to offset the disparity in installation costs. Comparing our Cogan Terrace case study with the projected energy usage of ASHPs showed that in fact, the controlled direct electric option was cheaper on energy costs even before the installation and maintenance costs were considered.

MVHR has even higher capital costs than ASHPs as it is only efficient in a building with such low air permeability that the Passivhaus Trust, which recommends MVHR to achieve the Passivhaus energy efficiency standard, estimates that it raises the build cost by 20-25% [PDF]. However, the Cogan Terrace solution met the Passivhaus standard for energy consumption without requiring the inflated capital costs, supporting the view that MVHR may not be the most appropriate option for the mild British climate. 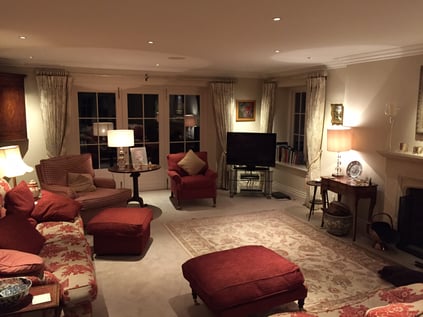 Our view is that while ASHPs and MVHR have a place in the UK, we doubt that either will become the mass-market solution to domestic energy efficiency that the CCC and Future Homes suggest.

Kat's study took the comparisons a step further. Rather than comparing our published data from Cogan Terrace with projections and reports from other studies, she compared models of Cogan Terrace itself using ASHPs, MVHR and direct electrical with or without a control system.

The study was carried out with Dan Cash of Atamate and Paola Sassi of Oxford Brookes University.

The comparison built on a key finding of the case study, which was that damper valves controlling the ventilation inlets substantially improved energy performance by minimising heat loss. Like most modern buildings, the Cogan terrace flats have a low enough air permeability that they require a purpose-built ventilation system to maintain the air quality. An extractor fan draws outside air into the flats through inlets in the lounges and bedrooms, through the flats into the kitchens and bathrooms where the worst of the smells and humidity are generated, then out through the exhaust vents.

The ventilation was controlled according to an air quality index based on humidity, carbon dioxide levels and volatile organic compounds (VOCs). Whenever any of the parameters rose above an acceptable level, the fan was engaged and an inlet opened.

The sensor system enables the percentage opening of the inlet valves, and hence the flow rate through the dwelling, to respond to the actual air quality and occupancy demand. The oversized but variable vents mean that poor air can be cleared quickly when needed while allowing air permeability to be minimised when conditions are good and/or the space is unoccupied.

Figure 1 shows the operation of the damper valve in the lounge of 14B Cogan Terrace over three days during the winter. The lounge was in the middle of the three floors and was shared between three tenants.

The lower panel shows the same carbon dioxide data plotted against whether there was someone in the room. Once again, there was no clear relationship between room occupancy and carbon dioxide level.

The lounge was occupied for most of the afternoon of 1st February but while although an initial rise in carbon dioxide levels triggered the valve being opened, it was followed by a period where carbon dioxide remained low even though the room was occupied and the valve was closed. It is possible that the tenants opened a window or that several tenants went in at midday but only one stayed.

The Atamate system met the UK government's recommendation that carbon dioxide should not exceed an average of 1,830ppm over an eight-hour period. The carbon dioxide level in the lounge never reached 1,830ppm and only exceeded 1,500 ppm for a brief period on the evening of 1st February, perhaps driven by all the tenants watching an exciting football match or a particularly contentious Question Time.

There is some evidence that the recommendations set the threshold too high and that cognitive impairment starts between 1,000ppm and 1,500ppm. The carbon dioxide level in the lounge only exceeded 1,000ppm for brief periods and the ventilation system maintained the air quality below that level for most of the time that the lounge was occupied.

Kat's next stage was to put our reservations to the test by comparing results generated using the regulatory standard assessment procedure (SAP) calculator. Energy and carbon intensity predictions for the ‘The Cogan Terrace Solution’ with and without discounts for the effect of control were compared with predictions for service solutions using ASHPs or MVHR. The SAP calculator is the one used to issue a building's mandatory energy performance certificate (EPC), ranks buildings on their fabric performance and emission rate and estimates the energy needed for space and water heating over a year.

Kat then applied discount factors to the third model results, based on the percentage performance improvements observed post-occupancy at the real 14 Cogan Terrace flats. This generated the possible scores available if control technology was represented in the SAP calculator:

Figure 2 shows that all three of the approaches to heating and ventilation met the 15kwh/m2/yr target for space heating suggested by the CCC.

Atamate controls changed the game completely, bringing the total energy demand below that predicted in any of the uncontrolled designs.

While energy efficiency is important to the bill-payer, the primary aim of Future Homes is to limit the carbon burned in producing that energy so Kat also compared the carbon dioxide emitted to power the different service designs modelled.

The carbon efficiency of mains electricity has improved dramatically in the last decade so she used two different values for the grid carbon factor, which is used to quantify the carbon dioxide emitted to provide a certain amount of electrical energy to the national grid:

SAP10:  The updated SAP, scheduled to come into use later in 2020, uses a grid carbon factor of 0.136 CO2/kWh to reflect the national grid's move away from dependence on coal-fired power stations and toward renewable and nuclear sources.

Figure 3 shows the carbon emitted under the five different models, calculated using both SAP9 and SAP10 carbon emission factors, and compared to the goal set by Future Homes: a 75% emission cut from the level mandated by SAP9. Of the five conditions, the only one to achieve that goal was the one based on actual energy usage in 14B Cogan Terrace: automated direct electrical heating and ventilation with a 66% improvement on the SAP9 prediction.

In real life, it's unlikely that the MVHR-based systems would have achieved the efficiency predicted by the SAP projection. A field study of MVHR installations in the UK found that far from meeting the CCC's target of 15kwh/m2/yr, the average space and water heating demand was 86kwh/m2/yr: around three times the SAP estimate for MVHR in Cogan Terrace. It would not have fitted on the scale of the above plots.

To our knowledge, applying automation to direct electrical heating and demand-controlled ventilation is the most efficient way to keep a home like Cogan Terrace comfortable. Our view is that if the Future Homes consultation leads to regulation that privileges ASHP and MVHR technology, it will stifle automation out of the market and lose a mature technology already capable of achieving its targets.

We call upon the government not to make that mistake.

If you'd like to know more about Atamate's Cogan Terrace case study or anything else about how we make homes smart, contact us using the form below and we'll be happy to get back to you.