The newly drafted Part O of the UK building regulations, mandating measures to mitigate domestic overheating, will come into force in June 2022. Some homes can comply through limiting window area and ensuring windows can be opened but some will need to undertake dynamic thermal modelling using the TM59 methodology. 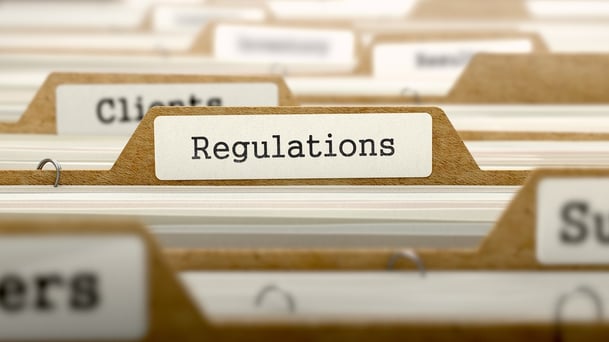 At Atamate, we confess to a certain amount of relief. In response to the 2020 Future Homes consultation on the future of building regulations in Britain, we expressed our concern that overheating appeared to have been overlooked. It is already an underrated problem for many British homes and as climate change makes heatwaves more frequent, the problem of overheating will get progressively worse within the lifespan of buildings being constructed today.

This article summarises what is mandated by Part O and is published alongside two companion articles, describing how Atamate can help to meet the Part O requirements through data collection and service automation .

When do they come into force?

There are two key dates are defined by a circular letter [PDF] published by the DLUHC.

The first is the planning deadline of Wednesday 15th June 2022. The Part O regulations apply to any building notice, initial notice or plans deposited with a local authority after that date.

The second date is the building deadline of Thursday 15th June 2023. If construction has not begun by then, the Part O regulations come into force even if the planning deadline was met. A second circular letter [PDF] defines construction as at least starting to prepare the foundations. Clearing the site of vegetation, buildings that need demolishing or contaminated soil does not count as construction and neither does work on site service or access.

What do they cover?

The Part O regulations specifically cover newly built or renovated residential buildings. Being a regulatory document, those terms are subject to several pages of definition.

If a building’s purpose is entirely residential, such as a block of flats or a student accommodation block, there is no ambiguity: the Part O regulations must be followed.

For buildings divided between residential and other uses, the situation is less clear. The regulations apply if a ‘substantial proportion’ of the building is residential but do not define how substantial that proportion needs to be. That decision is left to the relevant Building Control Body, who may be the local authority or another approved inspector.

The document does make it clear that the regulations do not apply to hotels.

The Part O regulations apply to all ‘building work’ as defined in the Manual to the Building Regulations. That means that they apply to any new build and any extension or renovation that:

There is a specific exemption for conservatories, porches or open-sided carports that meet the following criteria:

What is a high-risk area?

The Part O regulations classify buildings in most of the country as being at ‘moderate risk’ of overheating. They also identify certain areas as ‘high risk’, where more rigorous requirements are imposed.

Most of the high-risk areas are in central and suburban London, with postcodes listed in the document’s Appendix C [PDF].

The document also describes several central Manchester postcodes (M1, M2, M3, M5, M15, M16 & M50) as having a high risk for overheating and recommends that they should be treated as high-risk locations without actually mandating it, which leaves the local planning authority to decide whether buildings should meet the requirements for a high-risk location or not.

Because Part O defines a minimum requirement, a local authority may require buildings in certain areas to meet the requirements for a high-risk area even if they are not specified as such by Part O.

How should overheating be mitigated?

Definitions aside, the bulk of the document deals with how a building should be designed to mitigate overheating. It describes two possible approaches, the more straightforward described, somewhat literally, as the ‘simplified approach’ which is applicable if the following apply:

If a building does not meet those criteria, the ‘dynamic thermal modelling’ method must be applied.

Because the simplified method depends on windows being opened, a designer may decide that it is impractical even for a building that meets the above criteria. For example, if the location dictates that windows need to be closed against noise or pollution or if the site is sufficiently shaded that the requirements of the simplified method are excessive. For those reasons, a designer may opt to apply the dynamic thermal modelling method.

Whichever method is chosen, the building must be capable of purge ventilation to comply with the Part F regulatory requirements covering ventilation.

The simplified method is based on a maximum allowable window area, which limits solar gains, and a minimum area of those windows that can be opened. Both areas are percentages of the total floor area.

The requirements depend on whether or not cross ventilation, defined as having opening windows on opposite facades, can be applied to each residential unit and shared room within the dwelling. If not, more stringent requirements apply:

Requirements for buildings WITHOUT cross ventilation:

Requirements for buildings WITH cross ventilation:

In high-risk locations, there is also a requirement for any window not facing northward to have external shading provided by at least one of the following:

Modelling the heat flows through a building is more complex than simply calculating the window area but it allows far more flexibility in possible approaches to mitigating overheating.

The methodology behind the modelling was published by the Chartered Institute of Building Engineers (CIBSE) in 2017 as TM59, which we have previously described and summarised.

Unlike the Part O document, the TM59 methodology includes a working definition of overheating:

For a naturally ventilated home, meaning that ventilation is mostly through opening windows and the openable window area is at least 5% of the floor area, overheating is defined as:

The definition of the comfort temperature has some flexibility but in practice, it is unambiguously exceeded when the thermometer hits 26°C (79°F).

For a mechanically ventilated home, which is any home that does not meet the criteria for being naturally ventilated, TM59 keeps to the simpler definition of overheating of at least 26°C (79°F) for more than 3% of the annual occupied hours.

The Part O document mandates certain assumptions to be included with the TM59 methodology.

During the day (8am-11pm), window opening in an occupied room is assumed to follow this pattern:

At night (11pm-8am), windows should be assumed to be fully open if:

For windows, including patio doors, that are accessible from outside:

The dynamic thermal modelling method defines the primary aim of mitigation as limiting the maximum indoor temperature, leaving the designer to select the most appropriate approach for the building they’re designing. The Part O document lists various approaches under two categories:

There is some ambiguity in that if a mechanical ventilation method is engaged, windows and doors would need to be closed which, if taken literally, conflicts with the requirements described above. We are left to assume that the window opening requirements only apply when the home is naturally ventilated according to the TM59 definition.

How do the overheating and energy conservation requirements interact?

If it is not reasonably practicable to avoid overheating only by passive cooling, mechanical ventilation and/or air conditioning will be required.

Any cooling system that requires power falls under the Part L1 regulations that cover energy conservation in residential buildings, for which an updated version comes into force at the same time as the Part O regulations. In the past, Part L1 has been principally concerned with limiting the energy used for heating but a recent update gives far more emphasis to air conditioning and mechanical ventilation, the principal requirement being that the installed system should be selected for a capacity no greater than required for the demand it is expected to meet.

What are the documentation requirements?

Whatever measures for mitigating overheating are designed into the building, they are unlikely to be effective unless the occupants use them correctly. For that reason, the regulations mandate that a home user guide is required for all new dwellings.

If you’d like to how Atamate can help to mitigate overheating in buildings, ask us on the form and we'll be happy to discuss it.